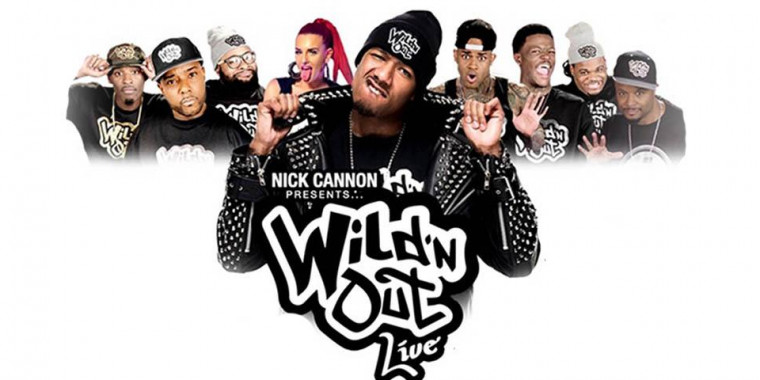 VH1 today announced that its mega franchise Wild 'N Out will premiere its monumental 300th episode on Tuesday, February 22 at 8PM ET/PT on VH1. Following the premiere, fans can catch all-new episodes every Tuesday and Wednesday night. The news comes off of the series recent NAACP Image Award nomination.

In honor of the new season, Wild 'N Out is partnering with Super League Gaming for three weeks beginning Tuesday, February 22 at 9PM ET to produce live streams showcasing an immersive experience inside the metaverse. Each week, within Minehut --Super League's wildly-popular Minecraft community-- the live broadcasts will present a fresh theme and respective challenge where players are able to freestyle rap, share thoughts about the new Wild 'N Out episodes, and even diss resident Metaverse Remix hosts Nick Cannon and Justina Valentine, all through the Minehut Lobby in-game chat.

"Wild 'N Out is one of our most creative show formats, so it's an ideal series to explore interactive ways in which audiences can engage and make creative decisions while experiencing the show," said Jason White, CMO, MTV Entertainment Group. "We are excited to partner with Super League Gaming as we continue to drive entertainment forward, and can't wait to see how fans and talent respond and level up their game inside the metaverse."

"Today's teenagers are in the gaming metaverse. MTV, arguably the most influential teen culture brand in history, recognizes the power of meeting this elusive audience where they are most passionately engaged," says Matt Edelman, Chief Commercial Officer of Super League Gaming. "We are grateful to be able to provide live broadcasts and fun experiences to Wild 'N Out fans of all ages, and to continue delighting our growing player community through this one-of-a-kind partnership."

Each episode will put Team Old School against Team New School in some of the most hilarious and outrageous battles yet. The battles will bring both groups head-to-head in comic throwdowns where the games escalate with each act, all building up towards the "Wildstyle battle" to decide who takes home the coveted WnO chain (Million Dollar Comedy Chain).

Wondering how your other MTV, VH1 shows are doing? Check out the MTV, VH1 2021 TV scorecard page, where you can find the cancel/renew status of all MTV, VH1 TV shows!

How do you feel about this latest Nick Cannon Presents Wild ‘N Out news? Share your thoughts with us in the comments below and don’t forget to stay tuned for all the renew/cancel 2021-2022 and beyond news!