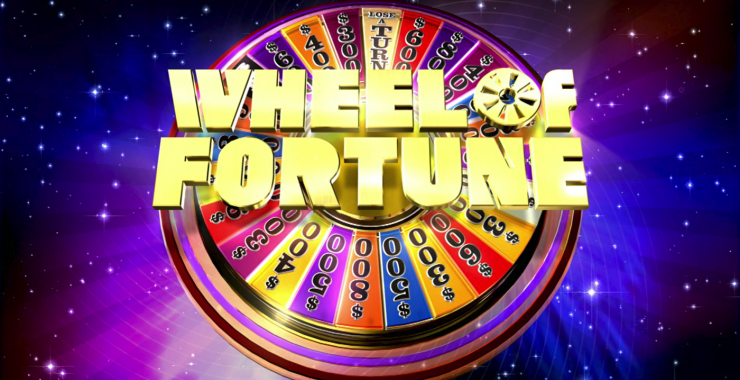 About Wheel of Fortune TV Show

As Wheel of Fortune is set to kick off its 39th season on September 13th, hosts Pat Sajak and Vanna White have signed on to continue hosting the iconic show through the 2023-2024 season.

As part of the deal, Pat Sajak has added consulting producer to his responsibilities to the show.

Wheel of Fortune announcer Jim Thornton is celebrating his 10th anniversary with the show, and viewers will get to see more of him on-screen this season. At the open of each episode, Jim will now be featured at a new podium on stage as he introduces Pat Sajak and Vanna White.

In the game show's digital space, Maggie Sajak, Pat's daughter, will be joining the show as Social Correspondent. As such, Maggie will treat Wheel of Fortune's digital audience to fresh content including exclusive videos, behind-the-scenes access, and interviews with the hosts, staff, crew, and contestants. She will be a presence across all of Wheel of Fortune's channels including: www.wheeloffortune.com, Facebook, Instagram, Twitter, and TikTok.

On September 13th, fans will notice a few upgrades to the game they love. The set and music have been refreshed for the new season, but longtime viewers may recognize the familiar Wheel of Fortune theme song, "Changing Keys," which will return this season with a modernized arrangement.

Pat Sajak will no longer do the "Final Spin" of the game. Instead, the contestant in control of the Wheel at the time will spin to determine the amount each consonant is worth during the speed up round.

More money will be up for grabs in Season 39 with the removal of the "Free Play" wedge from the Wheel which was replaced by an $850 wedge. Also, a $4,000 bonus is being added to contestants who solve all three puzzles in the Triple Toss Up Round, making the round worth $10,000. And finally, the minimum amount that can be won on the Bonus Wheel has been upped to $39,000, in honor of the show's 39th season in syndication.

Fans can once again look forward to the show's annual "Secret Santa Holiday Giveaway." This popular sweepstakes gives Wheel Watchers Club members the chance to win everything a contestant wins, up to the million-dollar grand prize. To date, Wheel of Fortune has awarded nearly $3 million in cash and prizes to viewers through the Secret Santa promotion.

Wheel of Fortune, America’s Game®, is based on the popular game “Hangman.” Three contestants compete by spinning The Wheel and calling out consonants for money or prizes. Only the contestant who solves the puzzle wins the prizes he/she has amassed in the round. The contestant who has won the most cash and prizes at the end of the main game plays in the “Bonus Round” for additional prizes. Pat Sajak and Vanna White have hosted the show since its debut in syndication in 1983.

How do you feel about this latest Wheel of Fortune news? Share your thoughts with us in the comments below and don’t forget to stay tuned for all the renew/cancel 2021-2022 and beyond news!