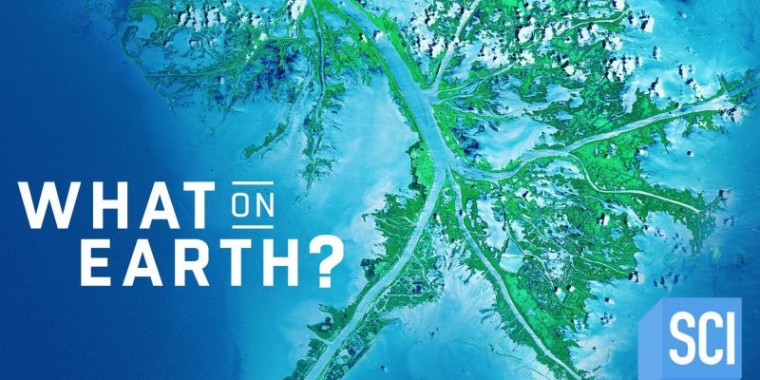 CAUGHT ON CAMERA: NEW SEASON OF “WHAT ON EARTH?” PREMIERES AUGUST 27

2020 – ever more advanced satellites and drones are above our heads, invisible to us yet scanning every inch of our planet. Bizarre, long hidden structures, mysterious natural phenomena, and top-secret facilities – these are only some of what the more than 4,000 satellites and countless aerial cameras uncover every day.

In an all new season of WHAT ON EARTH?, viewers will embark on an extraordinary journey as they travel around the globe, discovering the truth behind these mysteries thanks to state-of-the-art aerial imaging and analysis from the world’s leading investigators and scientists.

In this season, experts investigate mysteries captured in the skies above every corner of the globe, from Brazil to China, England to Australia.

When satellites uncover a strange field of mounds the size of Great Britain, it leads to an incredible discovery that dates from the time of ancient Egypt. In Turkey, aerial images reveal the drowned remains of a building linked to the dawn of Christianity. In Scandinavia, eyes in the sky discover a macabre new form of Viking burial. In England, a satellite image leads historians to investigate the coverup behind one of the most catastrophic explosions in history.

From a spontaneously combusting lake to a 21st century zombie town, a Celtic portal to the land of the dead to the lost pyramids of China, the WHAT ON EARTH? leaves no mystery unexplored.

About What On Earth? TV Show

In WHAT ON EARTH?, experts show how they've used the thousands of satellites orbiting the globe to scan every inch of our planet for the unexplained. What they find is truly baffling - a copy of our world in unprecedented detail, revealing areas that until now have remained a mystery. Experts will also look to this state-of-the-art imaging technology to discover bizarre phenomena and strange mysteries including an inaccessible cave of bones on an island off the coast of Africa, a bizarre concrete structure sitting off the coast of the Baltic sea, and a crater in Mexico with extra-terrestrial connections.

How do you feel about this latest What On Earth? news? Share your thoughts with us in the comments below and don’t forget to stay tuned for all the renew/cancel 2021-2022 and beyond news!