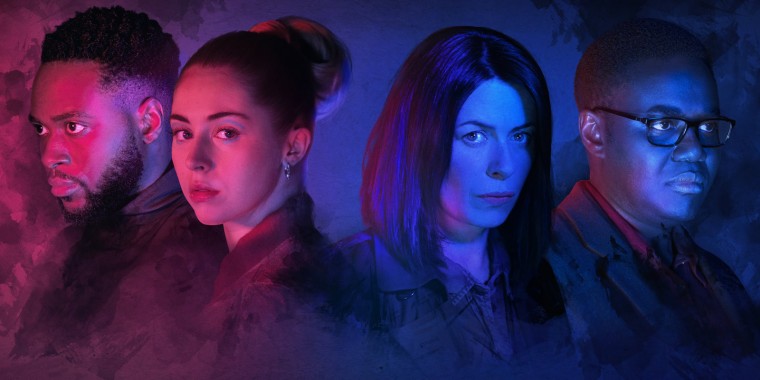 Alibi pursues We Hunt Together with second series

Praise for We Hunt Together series one:

Produced by BBC Studios and written by Gaby Hull (Cheat, Two Weeks to Live), series one of the cat and mouse thriller introduced two star-crossed killers, Baba and Freddy, who go on the run from the police after committing a series of brutal murders. Mismatched detectives DS Lola Franks and DI Jackson Mendy were assigned to the case and determined to stop the deadly duo in their tracks.

Series two will pick up ten months after the dramatic finale, with a potential new accomplice on the scene and another game of obsession, murder and love to get underway. This time the risks are higher, but so are the rewards.

It was a real pleasure developing series one with BBC Studios, UKTV and the incredible cast and crew. I’m excited to be able to keep the story going and see where the hunt takes us next.

We Hunt Together has been commissioned by Philippa Collie Cousins, drama commissioner, with head of scripted Pete Thornton, and ordered by Emma Ayech, channel director for Alibi. Richard Watsham is director of commissioning and Adrian Wills is general manager for drama and lifestyle. The series is written by Gaby Hull and executive producers for BBC Studios are Alexander Lamb and Priscilla Parish. BBC Studios is handling distribution internationally.

We Hunt Together is special because it examines the motives of the law breakers and the upholders of justice, while entertaining the audience during six thrilling episodes. Once again this will be must see TV for Alibi and an international audience”.

We Hunt Together has been a standout series this year on Alibi, so we are really pleased to be able to bring our viewers more of this brilliant drama. Gaby Hull cleverly weaves dark humour into incredibly dramatic scenes, so I can’t wait to see what this new series has in store.

We’re thrilled to be working with UKTV and Alibi again and diving back into the joyfully murky cat and mouse world of We Hunt Together.

We Hunt Together is part of a growing portfolio of UKTV Original crime dramas for Alibi, alongside the highly successful Traces from RED Production Company, also returning for a second series, and The Diplomat from World Productions.

BBC Studios, which distributes We Hunt Together internationally, has secured a raft of series one sales to clients in the US (Showtime), Argentina, Uruguay, Paraguay (Cablevision Flow), New Zealand (UKTV), France (Polar+), Russia (international broadcaster Viasat World) and Greece (Cosmote TV), Emirates and Etihad Airways. The series is also available on the BBC FIRST channel in Asia, Australia, Benelux and South Africa. We Hunt Together, Traces, and The Diplomat will be part of BBC Studios offering to international buyers during MIPCOM 2020.

The new series of We Hunt Together will air in 2021 and casting will be confirmed at a later date.

About We Hunt Together TV Show

A gripping twist on a classic cat-and-mouse story, WE HUNT TOGETHER explores the intoxication of sexual attraction and the dangerous power of emotional manipulation. As two conflicted detectives (Myles and Ceesay) track down a pair of deadly killers (Corfield and Ola), the series reveals how finding a volatile form of solace in another can have dire consequences.

How do you feel about this latest We Hunt Together news? Share your thoughts with us in the comments below and don’t forget to stay tuned for all the renew/cancel 2021-2022 and beyond news!