Home | Cancellations & Renewals | We Are Lady Parts Renewed For Season 2 By Channel 4 & Peacock! 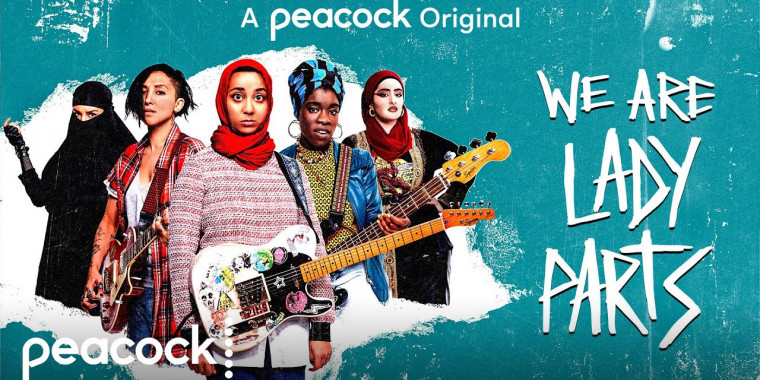 About We Are Lady Parts TV Show

· Peacock announced today the second season renewal of critically-acclaimed music-infused comedy series WE ARE LADY PARTS from Nida Manzoor (Doctor Who). Season two will also launch on Channel 4 in the UK.

· Season one of WE ARE LADY PARTS reached "Certified Fresh" status on Rotten Tomatoes, with the Top Critic rating remaining at a highly-coveted 100%. All six episodes of season one are streaming now on Peacock. Season 1 of the series premiered on June 3, 2021.

· Nida Manzoor is also set to receive the prestigious 2021 Rose d'Or Emerging Talent Award for her ground-breaking work on the show. The show has also received a nomination for the Rose d'Or Comedy Drama & Sitcom award. The award will be presented virtually on Monday 22nd November 7:30pm GMT via rosedor.com.

· The series is produced by Working Title Television (WTTV), which is part of NBCUniversal International Studios, a division of Universal Studio Group, in association with Channel 4.

· "WE ARE LADY PARTS exploded onto our screens and into our hearts with irreverent humor, original storytelling, and boundary-pushing comedy," said Lisa Katz, president scripted content, NBCUniversal Television and Streaming. "We're incredibly proud that this fan-favorite series was heralded as groundbreaking for Muslim representation on TV and can't wait to continue on this journey with visionary creator Nida Manzoor and this beloved ensemble."

· Writer, Creator and Director, Nida Manzoor said:  "I feel so incredibly lucky and excited to have the opportunity to make a second series of We Are Lady Parts. I can't wait to delve back into the world of the band and go deeper into their lives. Expect more high jinks, more music, and more flights of fancy. SPARTA!"

· Surian Fletcher-Jones, Executive Producer, Working Title Television added: "I'm so proud of We Are Lady Parts - for its wit, its inventiveness and it's representation - and I'm absolutely thrilled that we're getting to make another season. Nida has got so much to say about contemporary life and she's found the perfect vehicle with this show to express her unique and inspiring world view. I can't wait to share Nida's vision for season two."

· The series was written, created and directed by Nida Manzoor, who drew on her own experiences and took inspiration from the rich and diverse cultural collectives and artists in London, and boasts an exciting ensemble cast of fresh British acting talent.

· WE ARE LADY PARTS is at once an unapologetically bold comedy and a joyful celebration of the richness and diversity found in contemporary London, whilst also an exploration of the fundamental questions of life: Who am I? Where and with whom do I belong? But ultimately it's about funny women with real agency, forging their own lives and identities in a world determined to do it for them.

· Season one of the series is packed with original punk songs and surprising cover tracks, written and adapted by Nida and her siblings Shez Manzoor, who also scored the show, Sanya Manzoor and Benni Fregin. As a companion to the first season, NBCUniversal International Studios and Back Lot Music released a soundtrack album, WE ARE LADY PARTS. The album is now available on digital streaming platforms including Spotify, Apple Music, Amazon Music and Deezer.

· The renewal of WE ARE LADY PARTS joins the additional second season renewals of Peacock comedies GIRLS5EVA and RUTHERFORD FALLS.

· Produced by: Working Title Television (WTTV), which is part of NBCUniversal International Studios, a division of Universal Studio Group, in association with Channel 4.

· WE ARE LADY PARTS shows the highs and lows of the band - Lady Parts - as seen through the eyes of Amina Hussain - a geeky microbiology PhD student, who's on the lookout for love and is recruited to be their unlikely lead guitarist. Lady Parts' fierce and enigmatic frontwoman Saira sees something in Amina. However, the other members - taxi-driving drummer Ayesha, cartoon-drawing bassist and backing vocalist Bisma and the band's wheeler-dealer band manager Momtaz - are not convinced she is right for their band. Amina has never met girls like this before, and she's soon swept up in their joyful, anarchic energy and punk spirit. But she becomes torn and caught up between two different worlds - that of her more strait-laced university friends led by her bestie Noor and the world of Lady Parts. Will she be the key to the band's success? And - will she finally find a husband?

How do you feel about this latest We Are Lady Parts news? Share your thoughts with us in the comments below and don’t forget to stay tuned for all the renew/cancel 2021-2022 and beyond news!