Home | Cancellations & Renewals | War Of The Worlds Renewed For Season 3 By EPIX! 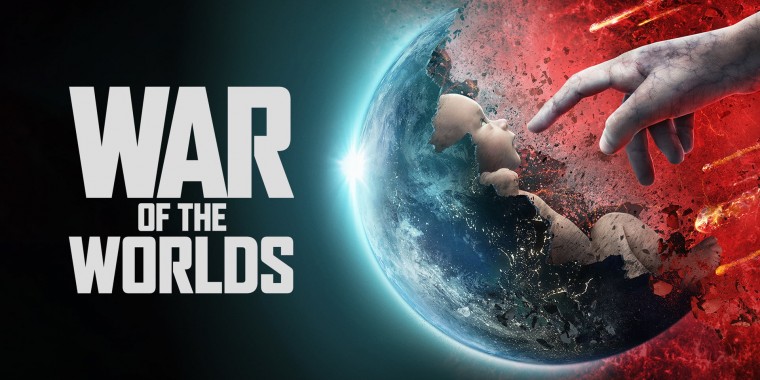 About War of the Worlds TV Show

New York, NY - July 6, 2021 - Premium network EPIX announced today that season three of the blockbuster series War of the Worlds has begun production and will premiere on the channel next year. Written and created by BAFTA Award-winner Howard Overman (Misfits, Crazyhead, Merlin) and based on H.G. Wells' classic novel of the same name, the third season sees the return of Golden Globe winner and EMMY and Tony award nominated actor Gabriel Byrne (In Treatment).

Set-in present-day France and the UK, War of the Worlds season three picks up as the war between the survivors and aliens reaches a new turning point and a terrifying phenomenon grips countless people across the globe. With stakes at an all-time high, one survivor sets out to investigate, forming a tentative partnership with another unlikely hero along the way. The pair will need to use every resource they have available to face an opposition more dangerous than ever in their fight, once again, for the survival of all humanity. Joining the ensemble cast are BAFTA-Award winner Molly Windsor (Three Girls), Ernest Kingsley Junior, Madeleine Worral and Oliver Hembrough.

Distributed internationally by STUDIOCANAL, War of the Worlds is executive produced by Julian Murphy and Johnny Capps for Urban Myth Films in partnership with CANAL+ and The Walt Disney Company. The third season is directed by Indra Siera and Jonas Alexander Arnby.

STUDIOCANAL, a 100% affiliate of CANAL+ Group held by Vivendi, is Europe's leader in production, distribution and international sales of feature films and TV series, operating directly in all three major European markets - France, the United Kingdom and Germany - as well as in Australia and New Zealand.

STUDIOCANAL owns one of the most important film libraries in the world, boasting nearly, 6,000 titles from 60 countries. Spanning 100 years of film history, this vast and unique catalogue includes among others the iconic Terminator 2, Rambo, Breathless, Mulholland Drive, The Pianist, The Graduate, The Third Man, and Belle de jour.

STUDIOCANAL produces more than 200 hours of TV series each year distributing productions and CANAL+ Creation Originale worldwide with 1,000 hours of current and library content in distribution.

How do you feel about this latest War of the Worlds news? Share your thoughts with us in the comments below and don’t forget to stay tuned for all the renew/cancel 2021-2022 and beyond news!