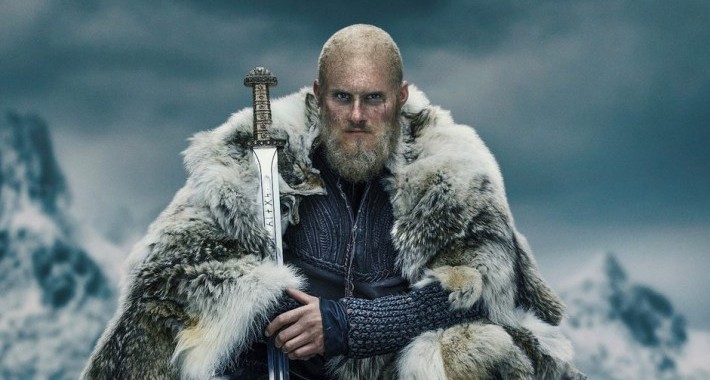 Series finale coming to Prime Video in the US, UK, Germany, Austria and Ireland on 12/30

Amazon Prime Video announced today that the final ten episodes of the hit drama series Vikings are premiering first on Prime Video in the US, UK, Germany, Austria and Ireland on 12/30.

The first ten episodes of the season aired earlier this year. Vikings, the critically acclaimed, Emmy Award winning series from creator and sole writer Michael Hirst (Academy Award(R) winning film Elizabeth and the Emmy(R) and Golden Globe(R) nominated series The Tudors) is a family saga that tells the remarkable tales of the lives and epic adventures of the Nordic raiders and explorers of the Dark Ages.

“Prime Video has already delighted Prime members with all five and a half seasons of Vikings”, said Brad Beale, VP of Worldwide Content Licensing for Prime Video. “On December 30, Prime members in the US, UK, Germany, Austria and Ireland will be the first to learn the fates of the beloved characters as the epic drama concludes in the final ten episodes.”

The first part of the sixth and final season concluded with an epic battle between the Rus and Vikings where brother fought brother, Bjorn Ironside (Alexander Ludwig) fighting for his homeland alongside King Harald (Peter Franzen) against Ivar the Boneless (Alex Høgh Andersen) now fighting with the Rus forces in an attempt to gain control of Norway. The battle ends in tragedy with Bjorn left for dead on the battlefield, betrayed by Ivar and with the future of their ancestral home, Kattegat, at stake.

As we approach the end of our epic saga, the tumultuous conflict between the Rus and Vikings comes to a conclusion with grave consequences. While in Iceland, Ubbe is determined to fulfill his father Ragnar’s dream and sail further west than any Viking has traveled before. And there is unfinished business in England. The Vikings have established settlements there, and over-run most of the country – except for Wessex. The King of Wessex, Alfred the Great, is the only Saxon ruler to seriously challenge their complete domination. Ivar the Boneless must again face, in battle, the King he only knew as a boy for a final reckoning.

“Our monumental Vikings saga is coming to its conclusion, but not before you’ve had to chance to watch some of my all-time favorite episodes,” said Vikings creator, executive producer and sole writer Michael Hirst, “Prime Video will uniquely expose the series finale to a streaming audience first. Prepare to be astonished, and for many surprises along the way. And if you have tears to shed, then also be prepared to shed them.”

Vikings is an international Irish/Canadian co-production by TM Productions and Take 5 Productions. MGM Television serves as the worldwide distributor outside of Ireland and Canada. Vikings is produced in association with Corus Entertainment.

For the past five seasons the Vikings have explored and conquered the known world, from early raids in England and the fierce battles of the Great Heathen Army to the heart-stopping death of Ragnar (Travis Fimmel), now the epic saga sails to monumental lengths throughout 20 compelling, definitive episodes.

The 20-episode sixth season will air in two parts, beginning with a two-hour premiere on Wednesday, December 4 at 9PM ET/PT followed by eight episodes airing every Wednesday at 10PM ET/PT on HISTORY. The remaining ten episodes of season six are slated to air in 2020. Additionally, series regular Katheryn Winnick is set to helm one episode in season six, marking her directorial debut. Last season, HISTORY’s first scripted series “Vikings” reached 25.2 million total viewers in Live+7 delivery and is the network’s #1 drama series.

“I always knew how ‘Vikings’ would end and, after 89 episodes, I truly believe the saga of Ragnar Lothbrok and his sons has been told and we are leaving our beloved fans with the proper and definitive ending they so deserve,” said Michael Hirst, creator, writer and executive producer. “Although it is bittersweet there are still 20 episodes left and the most ambitious and intensely emotional episodes are still to come.”

Revenge, drama and chaos closed out the mid-season five finale. Ivar the Boneless (Alex Høgh Andersen), a self-proclaimed God ruling over Kattegat with alarming terror, charged his army into battle against his enemy and brother Bjorn Ironside (Alexander Ludwig). Unleashing a fiery guerilla warfare, the two brothers refused to surrender – blood, pride and the crown weighed too heavily on both of their shoulders. In the final moments, Ivar was forced to flee an imminent fate, disappearing into the darkness and securing Bjorn’s victory. Lagertha (Katheryn Winnick), reborn after experiencing severe delusions from the major love she’s lost, emerged to crown Bjorn as the new rightful king.

Season six returns following the battle between brothers which has left Bjorn victorious and a hero to the people who have been under the tyrannical rule of Ivar for so long. As the new leader of Kattegat, Bjorn struggles to fill his late father’s shoes as king, while facing several dilemmas and wrestling with the idea that power overshadows morals. Meanwhile, Ivar, searching for a new path to separate him from his past, is seen traveling along The Silk Road eventually leading him to Russia. He meets his match in Prince Oleg (Danila Kozlovsky), a ruthless and unpredictable Russian ruler, who shocks even Ivar with his merciless actions. While Lagertha has her own agenda – to live a quieter and less public life on her own farm, but new dangers lurk close to home. This season, the Vikings continue to take over Scandinavia as Ubbe (Jordan Patrick Smith) and Torvi (Georgia Hirst) travel to Iceland to uncover the mystery circling around Floki’s (Gustaf Skarsgård) disappearance and Hvitserk (Marco Ilsø) pursues his personal vendetta against Ivar.

“Vikings” is the critically acclaimed series from creator and sole writer Michael Hirst (Academy Award® winning film Elizabeth and the Emmy® and Golden Globe® nominated series “The Tudors”) and is a family saga that tells the remarkable tales of the lives and epic adventures of the raiders and explorers of the Dark Ages.

“Vikings” is an international Irish/Canadian co-production by TM Productions and Take 5 Productions. MGM Television serves as the worldwide distributor outside of Ireland and Canada. “Vikings” is produced in association with Corus Entertainment

How do you feel about this latest Vikings news? Share your thoughts with us in the comments below and don’t forget to stay tuned for all the renew/cancel 2020-21 and beyond news! 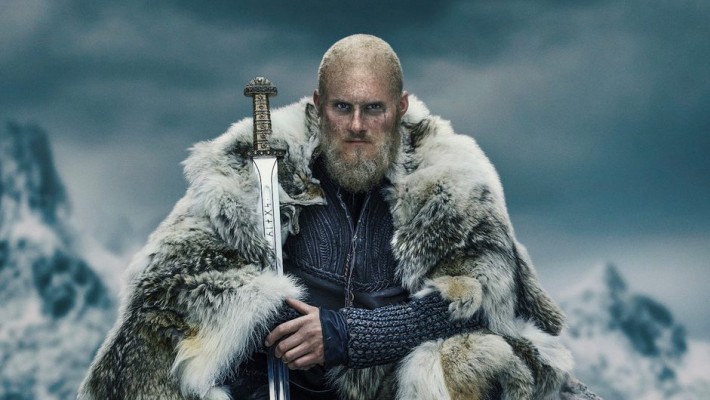