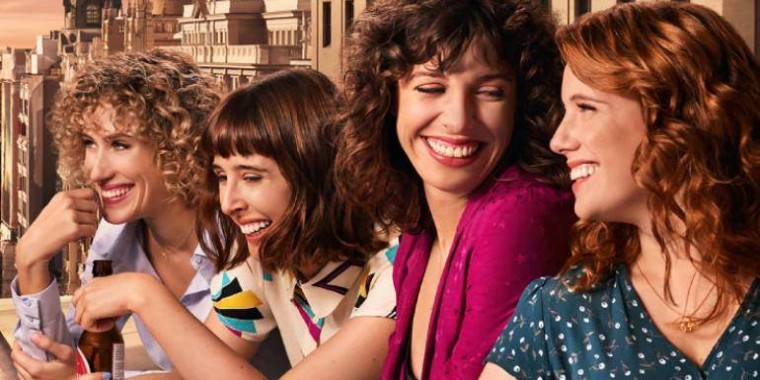 Netflix has confirmed today that Valeria, the series based on the novels by Elísabet Benavent, has been renewed for a second season.

In the second season, Valeria (Diana Gómez) must face a decision that could mark her future as a writer: to hide behind a pseudonym and finally live from her profession, or to renounce the publication of her novel and continue squeezing the inexhaustible world of junk contracts. Her love life is not much more stable… Fortunately, although the foundations of her life are shaking, Valeria continues to have the support of three fundamental pillars: her friends Lola (Silma López), Carmen (Paula Malia) and Nerea (Teresa Riott), who are also going through a turbulent period in their lives.

Valeria, the new original Spanish series by Netflix, will premiere worldwide next May 8th. This new fiction is based on the novels by Elísabet Benavent, published by Penguin Random House Editorial Group, and that has sold nearly a million copies. The author herself has participated as a creative consultant in the adaptation of her popular saga.

With a cast led by Diana Gomez (45 revoluciones, I know who you are) who puts herself in Valeria's shoes, the series tells the story of a writer in crisis, because of her novels and her marriage to Adrian, played by Ibrahim Al Shami (El secreto de Puente Viejo), and the emotional distance between them. Valeria takes refuge in her three best friends: Lola (Silma López, Cosas de la vida), Carmen (Paula Malia, The Neighbor , Benvinguts a la família) and Nerea (Teresa Riott, Barcelona nit d'estiu), who support her during her journey. Valeria and her friends are immersed in a whirlwind of emotions about love, friendship, jealousy, infidelity, doubts, disaffection, secrets, work, worries, joys and dreams about the future. Maxi Iglesias (Despite of everything, Ingobernable) completes the cast in the role of the mysterious Victor.

Directed by Inma Torrente and Nely Reguera, the adaptation has been written by María López Castaño, who also created the series alongside Aurora Gracià, Almudena Ocaña and Fernanda Eguiarte.

Produced by Plano a Plano for Netflix, this original series will have 8 episodes that will be available in the service worldwide from next May.

How do you feel about this latest Valeria news? Share your thoughts with us in the comments below and don’t forget to stay tuned for all the renew/cancel 2021-2022 and beyond news!