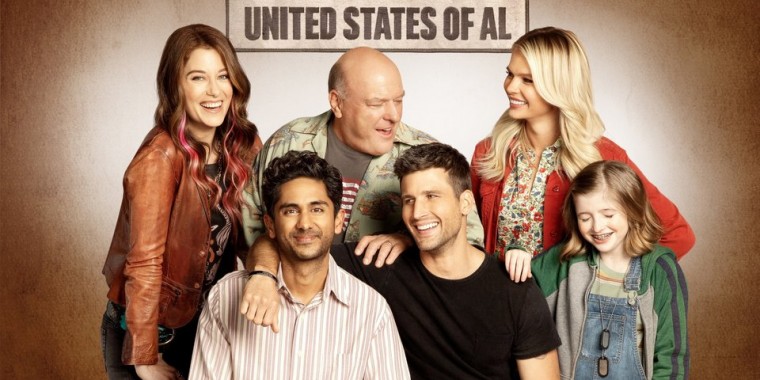 CBS has renewed United States of Al for Season 2.

The Chuck Lorre sitcom will return in the 2021-22 season.

UNITED STATES OF AL stars Adhir Kalyan and Parker Young in a comedy about the friendship between Riley (Young), a Marine combat veteran struggling to readjust to civilian life in Ohio, and Awalmir ("Al") (Kalyan), the Interpreter who served with his unit in Afghanistan and has just arrived to start a new life in America. The series also stars Elizabeth Alderfer as Lizzie, Riley's sister; Dean Norris as Art, Riley's father; Kelli Goss as Vanessa, Riley's ex-wife; and Farrah Mackenzie as Hazel, Riley and Vanessa's daughter. Chuck Lorre, David Goetsch & Maria Ferrari, Reza Aslan and Mahyad Tousi are the executive producers. The series is produced by Chuck Lorre Productions in association with Warner Bros. Television.

How do you feel about this latest United States of Al news? Share your thoughts with us in the comments below and don’t forget to stay tuned for all the renew/cancel 2021-2022 and beyond news!