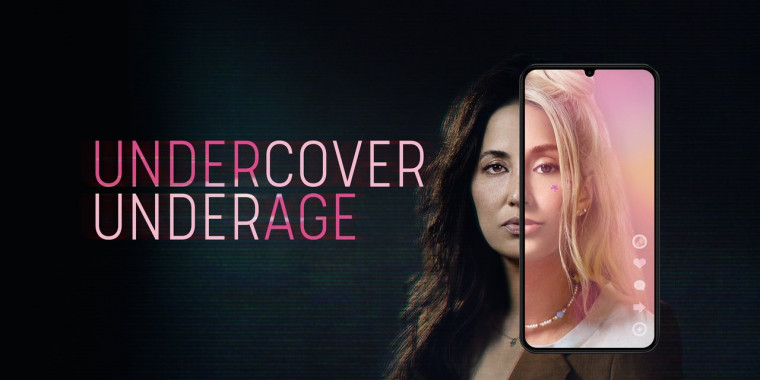 Roo Powell will continue to investigate in Undercover Underage.

Discovery+ has renewed the docu-series for a second season, ahead of tonight’s Season 1 finale.

Returning late in 2022, the compelling, intense, and critical docuseries follows the work of Roo Powell who poses online as underage decoys, working to identify the internet’s most dangerous child predators for law enforcement.

We can now confirm the recent conviction of one of the sex offenders profiled in episode 2, pro golfer, Dan Bowling, aka "Duke." In "Two Lies for Every Truth," Powell, posing as her underage persona, Flori, is contacted by Bowling. Despite constantly reminding Bowling of Flori's age, he engages in lewd behavior and disturbing requests via video chats and texts. When Bowling advances to attempting to meet the underage decoy in person, Powell and the Orlando Police Department, led by Detective Jennifer Wing with the Internet Crimes Against Children (ICAC) Task Force, agree to Bowling's request and make the arrest. Bowling accepted a plea earlier this month, the day after the episode aired on ID, charged with Traveling to Meet a Minor for an Unlawful Sexual Act and Attempted Lewd and Lascivious Battery. Daniel Bowling was sentenced to three years in prison followed by two years of sex offender probation, forfeit of electronics, and will be placed on the sex offender registry. Bowling was previously arrested in 2018 on charges of indecent exposure in front of children.

"The intense and dangerous work you see profiled in "Undercover Underage" led to the recent conviction of Daniel Bowling, who thankfully, can no longer abuse children," said Jason Sarlanis, President of Crime and Investigative Content, Linear and Streaming. "This is a true victory for justice, and we're so proud of Roo and her team at SOSA for their unwavering dedication to keeping kids feel - and be - safer on the internet. We can't wait to continue to profile their work with a new season later this year coming to discovery+."

"Our goal at SOSA is to help prevent the online sex abuse and exploitation of children. It takes more than identifying some bad actors online - it takes raising awareness and empowering a society to tackle the issue of online sex crimes together," said Roo Powell, founder of SOSA. "Mr. Bowling was able to go through the appropriate judicial processes, and I'm grateful that there is one fewer person online targeting minors. We hope that rehabilitation is in store for him in the days to come, and that this story will deter would-be perpetrators from choosing to harm a minor."

"Thanks to Roo's evidence gathering, attention to detail, and professionalism, a dangerous online predator is off the streets. I feel like I only assisted with the case, since the entire process felt like I was working with another ICAC detective with years of experience. Roo rises above the rest and her non-profit organization, SOSA, is exactly what this world needs," said Detective Jennifer Wing, Orlando Police Department, Internet Crimes Against Children Task Force.

Through her organization SOSA (Safe from Online Sex Abuse), child advocate Roo Powell has built a team that works in collaboration with law enforcement to detect offenders who prey on unsuspecting kids. "Undercover Underage" follows the team in real-time as they transform Roo, a 38-year-old mother of three, into a teen persona and work to confirm the true identities of the men who reach out to her. It's a race against time to identify the suspects before they discover Roo's teen persona is not who she claims to be. The season 1 finale of Undercover Underage will air on Thursday at 9/8c on ID, while the complete season 1 remains streaming on discovery+.

Ron Simon is executive producer of Undercover Underage for discovery+.

How do you feel about this latest Undercover Underage news? Share your thoughts with us in the comments below and don’t forget to stay tuned for all the renew/cancel 2021-2022 and beyond news!