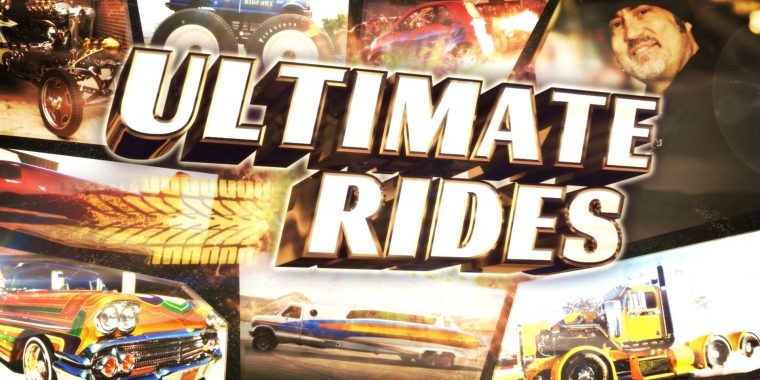 FYI(R)'s DRIVE Block, a premiere destination for auto enthusiast programming, is revving up with all new episodes of fan-favorite series, "Ultimate Rides." Hosted by Count's Kustoms own, Danny Koker, Season 2 of FYI's 20-episode magazine-style series features all kinds of outrageous vehicles - from hot rods and muscle cars to monster trucks and big rigs - and the people who create, customize and care for them. "Ultimate Rides" premieres August 12th at 10PM with two back-to-back episodes each week.

Building on its premiere season's success, "Ultimate Rides" Season 2 will highlight even more fantastic and unique vehicles from around the globe and the passionate home garage innovators who've brought their visions to life with their own hands. Featured vehicles include: Elvis Presley's lost pink and white 1967 Cadillac; the 1 millionth Corvette ever made, which was lost to a sinkhole and recovered and restored; a 1940s Fargo converted into a drivable piece of art; and a one-of-a-kind propeller-powered 1932 Helicron.

"Car enthusiasts have come to know the DRIVE block as a premiere destination for content driven by passion for autos," said Christian Murphy, Head of Enthusiast Brands, A+E Networks. "We are thrilled to be bringing many more incredible vehicles, dedicated builders, and triumphs of automotive ingenuity to FYI through this exciting partnership with Barcroft Studios and Beyond rights. Danny Koker is the pièce de résistance that brings it all together to make this series a can't miss for gearheads and novices alike."

Executive producers for Ultimate Rides are Peter Wyles for Barcroft Studios, Jordan Harman and Christian Murphy for A+E Networks and Nicola Davey for Beyond Rights.

Wondering how your other FYI shows are doing? Check out the FYI 2021 TV scorecard page, where you can find the cancel/renew status of all FYI TV shows!

How do you feel about this latest Ultimate Rides news? Share your thoughts with us in the comments below and don’t forget to stay tuned for all the renew/cancel 2021-2022 and beyond news!