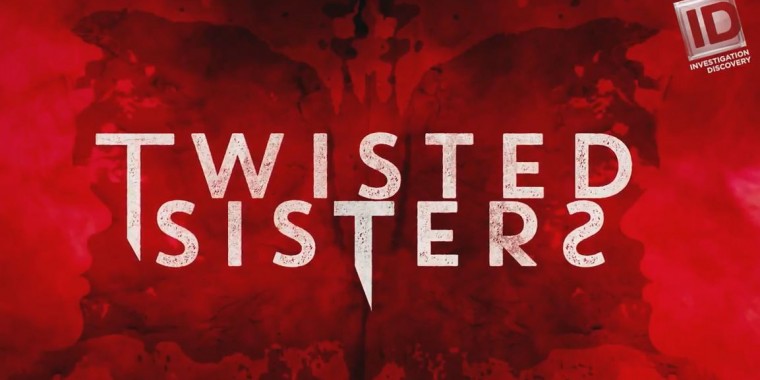 (New York, NY) – Investigation Discovery, America’s leading true-crime television network, is thrilled to announce the third season of the Khloé Kardashian-produced series TWISTED SISTERS. Brought to you by 44 Blue Productions, a Red Arrow Studios company, this series began with sinister siblings who devolved to killers and has transformed into chilling accounts of intertwined family webs, with salacious sisterhood still at the core of every episode. From a quiet town near the Smoky Mountains, to the sunny skies of St. Petersburg, FL, stories in this season span the nation, and across multiple different family dynamics. It’s not always the sister who is the culprit of the crime, but sometimes the accomplice, victim, whistle-blower or unintended spy. Each episode is shrouded in mystery, heartbreak and hidden emotions, proving that where there are family ties, there are also family lies. Season three of TWISTED SISTERS premieres on Monday, October 26th at 9/8ct, only on Investigation Discovery.

“Our viewers love intricate and complicated stories of interpersonal relationships, and that’s exactly why this show has been a hit from the start,” says Henry Schleiff, Group President of Investigation Discovery, Travel Channel, American Heroes Channel and Destination America. “We are proud to partner with Khloé and bring a third season to our network, filled with emotional stories of family and sisterhood, brought to you by one of America’s most famous sisters.”

“Everyone knows I love true-crime, and this season we took TWISTED SISTERS to a whole new level with some exclusive interviews and never-before-seen footage and access,” says Khloé Kardashian, executive producer of the series.

Stephanie Noonan Drachkovitch of 44 Blue Productions adds: “Each episode pulls back the curtain and really humanizes the families and victims, and I think that connection is what makes this season so emotional, captivating and important.”

Upcoming episodes for this season of TWISTED SISTERS include:

The four Gilbert sisters struggle through a tough childhood made worse when it’s suspected that Shannan, the oldest sister, has become a victim of the Long Island Serial Killer. Her mother and sisters embark on a fight for justice for the slain Shannan as Sarra begins a tragic decline into schizophrenia. When Shannan’s body is finally found, Sarra’s delusions worsen, leaving the question: will both sisters be lost?

“Her own Medicine”- premieres November 2nd at 9/8ct

Georgia and Jeannie Plummer are two of ten siblings. They remain close until Georgia absconds with much of their inheritance from their mother, Birdie. The sisters don’t speak for three years until Georgia once again reaches out to Jeannie for help. Being a good sister, Jeannie can’t resist. But soon, Jeannie falls sick, and questions begin to arise.

Denice and Aaron Smith appear to be the perfect, loving couple until Denice’s infidelity crumbles the marriage. The divorce proceedings are bitter, and Aaron is awarded custody of the children. Not long after, Aaron is found dead in what appears to be a robbery gone wrong. The kids are missing, as is Denice. After a massive manhunt, investigators find the kids safe and sound, with Denice. But there is more to the story than meets the eye.

A serious childhood illness limits the mental development of Debbie Burns, requiring her older sister Barbara to care for her. For nearly forty years, the sisters live a modest, peaceful life together in St. Petersburg, Florida. But a substantial inheritance disturbs the calm in the Burns home, pitting one sister against the other until, finally, one of them snaps.

Sisters Janice and Betty move from Hope, IN to Seadrift, TX looking for a clean start. But trouble follows them to the Texas coast as Janice’s marriage soon falls apart. Resentment and anger build until finally, the sisters plot a murder. However, the plan has a fatal flaw, as they leave their victim lying by the side of the road, leading to an intense cover-up and cataclysmic chase the sisters never saw coming.

TWISTED SISTERS takes viewers on all-new journeys through the lives of dynamic sister duos turned disastrous. The hour-long episodes tell haunting tales of betrayal, desire, and, shockingly, comradery, when some of these kindred spirits become killers who work together to commit a crime. Exclusive and all-new interviews with loved ones, investigators, and law enforcement who worked the case chronicle the eerie evolution of these women from siblings to killers, and determine the tipping point that drove these ladies to lethal measures.

Executive produced by Khloé Kardashian, Twisted Sisters takes viewers inside the most shocking crimes ever committed by the unlikeliest of pairs. Sometimes these sisters work together to commit a crime, but often the duo can turn against one another with the deadliest of outcomes. The series interviews immediate family members and close friends to learn what triggered the sisters' path towards a life of crime. Investigators and law enforcement anchor each story as they recount firsthand their unraveling of the case and try to make sense of the crimes committed.

How do you feel about this latest Twisted Sisters news? Share your thoughts with us in the comments below and don’t forget to stay tuned for all the renew/cancel 2021-2022 and beyond news!