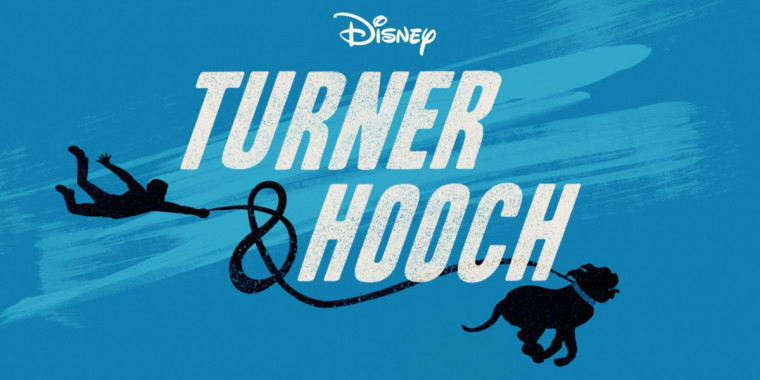 It’s the end of the line for Turner & Hooch.

Disney+ has cancelled the continuation of the 1989 buddy cop film after one season. Following a lukewarm response to the first season, the streamer has opted not to move forward with Season 2.

“Well, as far as I know, they’re trying to sell it to another network or something like that. That’s what I heard.

But as of now, it’s not going to be picked up, I don’t think. It was fun to do. And working with the actors was great fun and I hope so, whatever they decided to do I’m with it. It’s okay. I enjoy doing the sequel and, hopefully, we’ll have some time to do it again. But if not, I was glad for the experience.”

Ambitious young Deputy Marshal Scott Turner's life is turned upside down when he inherits Hooch, a slobbery mess of a dog. His new pet is a source of constant aggravation, destroying his apartment and threatening his promising career. Despite his misbehavior, Hooch turns out to be surprisingly useful, helping with everything from finding fugitives to protecting witnesses. Scott is desperate to train his new canine partner to be a little less embarrassing, and turns to Erica, a dog trainer with the Marshals. She helps Scott learn to understand and work with Hooch - though he remains completely oblivious to her crush on him. As Scott learns to work with his dog, he gets help and guidance from a pair of more experienced deputies - Jessica Baxter, who does her best to keep Scott focused on what's really important, and the enigmatic Xavier Wilson, an oddball with a lot of wisdom to share. Hooch also turns out to be the key to Scott's love life, as he finds himself at the center of a love triangle with Erica and his long-time crush US Attorney Brooke Mailer. Erica is supportive, fun, totally smitten with him, and Hooch's biggest fan. Scott, however, is more focused on Brooke, who is ambitious, totally focused and less than enthusiastic about Scott's big slobbery dog. While Scott works with the Marshals, he and his sister Laura team up to investigate a mysterious case left unfinished by their father before he died. They don't know what they're looking for, but they know that somehow Scott's new dog is the key to it all. Together with their father's old partner David Sutton, they begin to uncover a serious crime in their sleepy little hometown of Cypress Beach. The clock is ticking, innocent lives are at stake, and the only one who seems to be able to tie it all together is Hooch. Scott eventually realizes that the only way to save the day is to risk everything for the pet he never wanted.

How do you feel about this latest Turner & Hooch news? Share your thoughts with us in the comments below and don’t forget to stay tuned for all the renew/cancel 2021-2022 and beyond news!