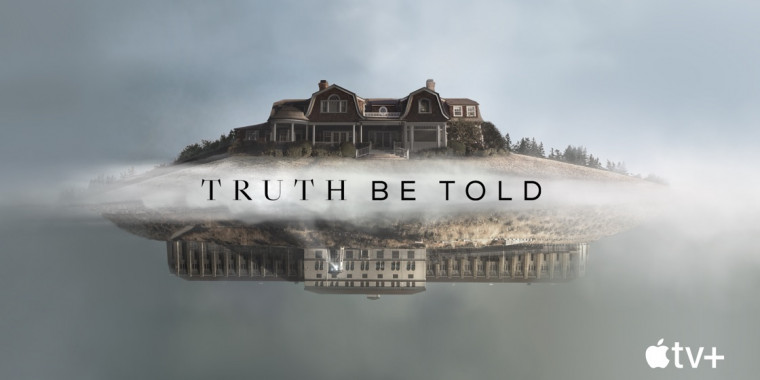 About Truth Be Told TV Show

"'Truth Be Told' continues to captivate audiences around the world with its strong performances from Octavia Spencer and the cast, as well as the riveting storytelling from the immensely talented Nichelle Tramble Spellman," said Matt Cherniss, head of development, Apple Worldwide Video. "We, along with the show's global fans, can't wait for the story to continue in season three."

Descending into the world of true-crime podcasts, "Truth Be Told" stars Octavia Spencer as podcaster 'Poppy Scoville,' who risks everything - including her life - to pursue truth and justice. Based on the novel by Kathleen Barber, the series provides a unique glimpse into America's obsession with true crime podcasts and challenges its viewers to consider the consequences when the pursuit of justice is placed on a public stage. The second season of "Truth Be Told" introduced Academy Award nominee Kate Hudson in her first lead role in a television series, starring as 'Micah Keith,' Poppy's childhood friend and media mogul.

"Truth Be Told" is created by Nichelle Tramble Spellman and produced by Hello Sunshine, Chernin Entertainment and Endeavor Content. Maisha Closson serves as writer and executive producer for season three. Serving as executive producers alongside Spellman and Closson are Octavia Spencer; Reese Witherspoon and Lauren Neustadter for Hello Sunshine; Peter Chernin and Jenno Topping for Chernin Entertainment; and Mikkel Nørgaard.

"Truth Be Told," from acclaimed writer, showrunner and executive producer Nichelle Tramble Spellman. Starring and executive produced by Academy Award winner Octavia Spencer, the new season of the anthology drama also stars Academy Award nominee Kate Hudson in her first lead role in a television series. The series, which provides a glimpse into America's obsession with true crime podcasts, will return with a global debut on Friday, August 20, 2021 with the first episode, followed by new episodes weekly every Friday.

Apple TV+ offers premium, compelling drama and comedy series, feature films, groundbreaking documentaries, and kids and family entertainment, and is available to watch across all your favorite screens. After its launch on November 1, 2019, Apple TV+ became the first all-original streaming service to launch around the world, and has premiered more original hits and received more award recognitions faster than any other streaming service in its debut. To date, Apple Original films, documentaries and series have been honored with 109 wins and 380 awards nominations.

How do you feel about this latest Truth Be Told news? Share your thoughts with us in the comments below and don’t forget to stay tuned for all the renew/cancel 2021-2022 and beyond news!