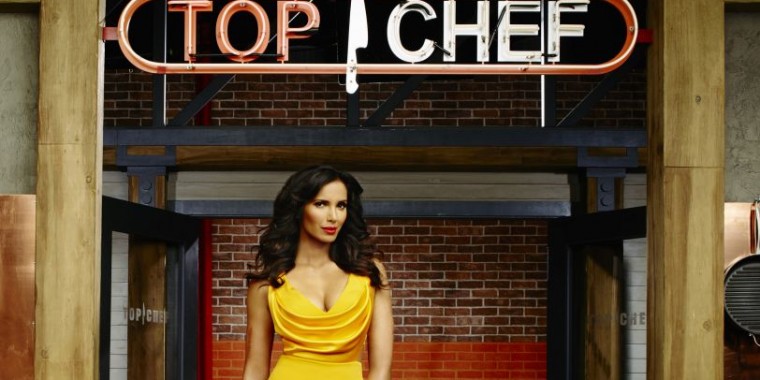 Houston, we have "Top Chef!" Bravo's "Top Chef," will call Houston, the nation's fourth largest city, home for season 19, launching with a supersized premiere on Thursday, March 3 from 8:00 - 9:15 pm ET/PT. The Emmy and James Beard Award-Winning series, produced by Magical Elves, returns with host Padma Lakshmi, head judge Tom Colicchio and Gail Simmons. Expect the unexpected as 15 talented chefs from across the country vie for the coveted title bringing their unique skillsets, variety of cuisines and gamut of flavors. For a sneak peek, visit:

In the all-new season, the chefs will put their expert take on iconic regional dishes, while also being immersed in the ethnic diversity that has come to define Houston's culinary identity. With the city being home to the largest Nigerian population in the country, the chefs will be put to the test for a quickfire spotlighting Nigerian cuisine and an elimination challenge tasking them to feed Houstonians at an Asian Night Market that draws inspiration from some of the cities' largest Asian communities. The chefs must also mess with Houston, Texas by putting their own spin on beloved staples including BBQ, biscuits, queso and the classic Tex-Mex original, the fajita, which was popularized in the city.

Houston is home to infinite possibilities as the chefs create space-friendly dishes for former astronauts, and head out to the Gulf with Tom for an unforgettable fishing experience. Taking inspiration from Top Chef France's most difficult challenge, Padma tests the chefs to create two dishes that look identical but taste completely different. The competition's signature challenge, Restaurant Wars, ups the ante with an open kitchen concept where the chefs must cook for a full dining room of guests, while also catering to an intimate tasting table for the judges. From paying tribute to the state's female trailblazers to hosting a block party fundraiser to preserve Freedmen's town, the culinary showdown from 15 to 1 "Top Chef," is one for the history books.

*For more information on the cheftestants, please visit Bravotv.com/top-chef

The winning chef will earn the coveted title of "Top Chef," $250,000 furnished by S.Pellegrino(R) Sparkling Natural Mineral Water, a feature in FOOD & WINE magazine and an appearance at the annual FOOD & WINE Classic in Aspen. Throughout the season, chefs will also have the opportunity to earn prizes courtesy of in-show partners Chipotle, Mastercard, Talenti, Universal Pictures' Jurassic Park: Dominion and Vrbo.

Beginning Thursday, March 10, Bravo's Emmy-Winning digital companion series "Top Chef: Last Chance Kitchen," hosted by Tom Colicchio, returns for season eleven as the eliminated chefs go head-to-head to try to cook their way back into the competition. Presented by BMW of North America, each week's episode will be available on Bravotv.com, On Demand or wherever you stream Bravo's "Top Chef" at the conclusion of each week's episode.

"Top Chef" continues to rank as the #1 food show across all of cable, with the most recent season averaging over 3 million viewers for each episode and reaching over 9 million viewers across the season. (Source: Food Show: Nielsen, L7, P18-49/P25-54, FY 2021, including food programs across cable, excluding repeats. VOD/Streaming: Rentrak and Adobe Analytics, S17 vs. S16, includes STB, TVE (on+off), dMVPD, and OVD.)

How do you feel about this latest Top Chef news? Share your thoughts with us in the comments below and don’t forget to stay tuned for all the renew/cancel 2021-2022 and beyond news!