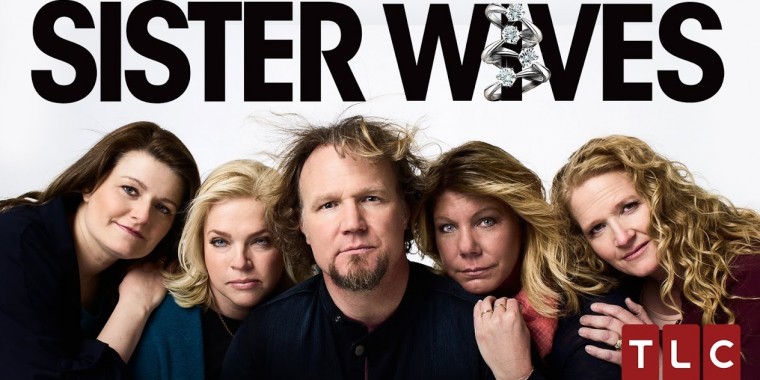 FALL BACK INTO AUTUMN WITH TLC’S SLATE OF RETURNING SERIES — Familiar Faces Include SISTER WIVES, I AM JAZZ, 1000-LB SISTERS, THE FAMILY CHANTEL, 7 LITTLE JOHNSTONS and MY 600-LB LIFE —

FALL BACK INTO AUTUMN WITH TLC'S SLATE OF RETURNING SERIES

Coming off a hot summer and a sizzling year to date, TLC is the #1 ad-supported cable network for women in prime. Known for its signature relationship storytelling, extraordinary families and medical transformations, TLC currently holds this year's #1 non-sports/news cable program in prime among W25-54, 90 DAY FIANCÉ, along with two others in the top 10, SISTER WIVES and 90 DAY FIANCÉ: HAPPILY EVER AFTER. Additionally, TLC's buzzy new series EXTREME SISTERS and YOU, ME & MY EX are two of the top five rated cable freshman unscripted series this year among W25-54. With this upcoming fall slate, TLC promises to deliver more fan-favorite personalities to entertain and charm.

In the new episodes of SISTER WIVES, the Brown family continues to struggle with its move, and the pandemic strains relationships more than ever. Jazz Jennings is back and prioritizing her mental health when I AM JAZZ premieres. 1,000-LB SISTERS returns with Tammy entering food addiction rehab and Amy balancing her own weight with the demands of motherhood. Viewers can cozy up with THE FAMILY CHANTEL as Pedro, Chantel and their families balance new relationships, new looks and new drama. 7 LITTLE JOHNSTONS brings major life changes for every member of the Johnston family, from career changes to new homes to milestone birthdays. Viewers can follow along with even more emotional weight-loss journeys with new episodes of MY 600-LB LIFE.

More information about the series below:

Kody talks to each of his wives about Christine's desire to move to Utah and gets a resounding no from each of them. When he tries to talk Christine out of it, she can't even have a conversation with him and walks out in tears. A difference of opinions about COVID protocols creates tension between Janelle's family and Kody and Robyn. Despite the fact that Meri has no romantic relationship with Kody, she seems to be doing better and managing the drama within the family well. As the family prepares to start building on their property, they are splitting apart at the seams over the upcoming holidays. Both Janelle and Christine's families refuse to follow Kody's COVID rules. Is the family not getting back together, even for the holidays? With tensions boiling over, more than one wife is questioning the future. Join the conversation on social media by using #SisterWives. SISTER WIVES is produced by Puddle Monkey Productions in association with Figure 8 Films for TLC.

In 2018 Jazz Jennings underwent groundbreaking affirmation surgery to align her body with her mind. Although she experienced complications, Jazz emerged stronger and happier than ever. Upon graduating as Valedictorian of her high school, Jazz was accepted to Harvard University. Prior to her first semester, she experienced a mental health condition,, so she took a gap year, allowing her to focus and get back on track to feel more like herself. While Jazz is excited to get to Harvard, she is worried she will be taking on a lot in addition to dealing with her significant weight gain over the course of the pandemic. With her eye on the Harvard prize, Jazz embarks on a weight loss program and throws herself into an internship with a plastic surgeon.This season also highlights the strength of the Jennings family and their bond. Jazz's older brother Sander has found his passion in being a vocal ally for the LGBTQ+ community and considers dating a beautiful trans woman who has caught his eye. Meanwhile, Griffen enters his second year of Law School and Ari is off to Arkansas for her PH.D. And finally, as many parents can relate to, Jeanette and Greg will find themselves at home as empty nesters! Join the conversation on social media by using #IAmJazz. I AM JAZZ is produced by This Is Just a Test for TLC.

With her weight spiraling, Tammy makes the game-changing decision to check herself into rehab for food addiction, but her stay there may be short-lived as she considers the best way to reach her goals. She also appears to be talking to a new love interest, which is cause for concern for her family, as relationships have hindered Tammy's progress in the past. Amy is dealing with her own stress, and while her dreams came true when she became a mom to son Gage, balancing the demands of motherhood with her own weight-loss goals may prove to be impossible. Meanwhile, the sisters' brother Chris had reached the goal Dr. Smith set for him to be eligible for bariatric surgery but after a setback following a procedure to remove a boil from his leg, he fears he has blown his chances for life-saving surgery. Facing another check-up with their doctor, Tammy and Chris must both face the music and see whether their progress qualifies them for weight-loss surgery. Join the conversation on social media by using the hashtag #1000lbSisters. 1,000-LB SISTERS is produced by Crazy Legs Productions for TLC.

THE FAMILY CHANTEL - Premieres on Monday, October 11 at 8pm ET/PT

Last season's disastrous trip to the Philippines has pushed Chantel's older brother Royal and his wife away from the family, while all the rest of Thomas and Karen's children have major life developments of their own. Chantel's youngest brother River reveals to the family that he has his first-ever serious girlfriend, and against the family's wishes, Winter is back with her boyfriend Jah and thinking about marriage. Meanwhile, on Pedro's side of the family, he prepares for a visit to the Dominican Republic and decides it is time to find out the truth about his father. Chantel, Winter and Karen determine to join him and support, or potentially complicate, his journey for the truth. Over on the island, Pedro's sister Nicole decides to update her look in a couple major ways, and her long-distance beau Alejandro is firmly against it, creating a major rift between them that is made worse when Nicole discovers a secret Alejandro has kept from her. For these two fiery extended families, there continues to be a wealth of drama and emotion, and never a dull moment. Join the conversation using #TheFamilyChantel. THE FAMILY CHANTEL is produced by Industrial Media's Sharp Entertainment for TLC.

Trent and Amber continue to work on pushing their older children out of the nest. With Liz successfully moved out, Anna is eager to follow suit, but everyone wonders when Jonah will finally fly the coop. Even with some of the kids out of the house, the family still finds ways to spend time together. Since COVID led to the cancellation of the annual Little People conference, the Johnstons gather a group of little people for a vacation in Florida. The whole family attends, including Liz's boyfriend, Brice, who fits right in, even though he is average size. Having recently celebrated their two-year anniversary, the family is curious if Brice will soon become an official member of the Johnston family. Back home, the family celebrates Alex and Emma's 16th birthday with a backyard luau. As the kids are getting older, life seems to be getting less chaotic for Trent and Amber, which is their cue to liven things up. Both parents switch things up in their professional lives, and they also consider adding a new member to the Johnston home - although it's not what viewers might expect! Join the conversation using #7LittleJohnstons. 7 LITTLE JOHNSTONS is produced by Figure 8 Films for TLC.

MY 600-LB LIFE follows the journeys of morbidly obese people as they fight to save their own lives by making the courageous decision to undergo high-risk gastric bypass surgery. Chronicling lifelong hardships with addiction and the inevitable impact their condition has on their closest relationships, each episode gives an inside look at the extreme emotional and physical journeys each person must undergo to qualify for life-saving surgery with Dr. Nowzaradan. Join the conversation using #My600lbLife. MY 600-LB LIFE is produced by Megalomedia for TLC.

How do you feel about this latest Sister Wives news? Share your thoughts with us in the comments below and don’t forget to stay tuned for all the renew/cancel 2021-2022 and beyond news!