Home | Cancellations & Renewals | The Wizard of Paws Renewed For Season 2 By BYUtv! 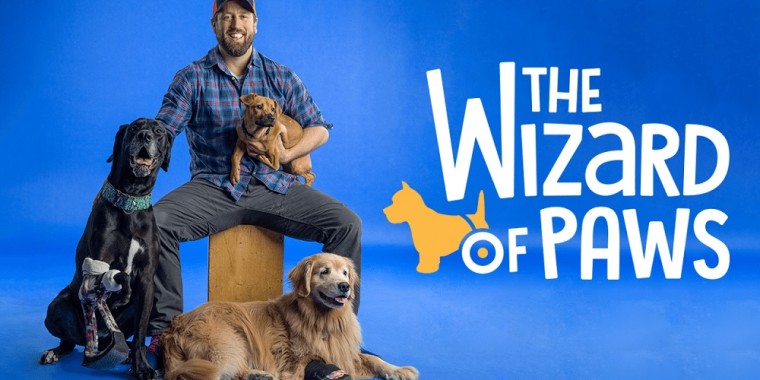 About The Wizard of Paws TV Show

BYUtv, a family entertainment network available over cable, satellite and free streaming, and The Dodo, the No. 1 animal brand globally on social [source: Tubular, October 2020], today announced the season two premiere of "The Wizard of Paws" at the Television Critics Association Winter Press Tour. The unscripted 30-minute series follows animal prosthetist Derrick Campana as he travels the country in pursuit of animals in desperate need of his services. Season two premieres on BYUtv on Wednesday, April 28 at 9 p.m. ET/7 p.m. MT/6 p.m. PT, and all aired episodes of the show are available to stream for free on the BYUtv app and at BYUtv.org.

"We couldn't have dreamed of better partners with which to collaborate than The Dodo and Nat Geo WILD as we put Derrick Campana's important animal-saving work out into the world with 'The Wizard of Paws,'" said Michael Dunn, managing director of BYUtv. "Viewers of all ages and backgrounds are united in the compassion they feel for his struggling patients and the joy that comes from the happy endings he and his team generate at the end of each episode. It's a much-needed positive outlook on humanity from the perspective of our animal friends."

"The Wizard of Paws" profiles Derrick Campana as he continues his longstanding mission of charitably dedicating his time to crafting custom prosthetics for animals of all sizes from elephants to rabbits. Season two sees Derrick working with Trigger, a dog overlooked at the shelter due to his deformed leg and rescued just before facing death; Menina, a lamb whose best friend is a rescue cat named Charlie and is given two prosthetics for her front missing limbs; and Frida, a dog that's an Instagram and Facebook star who receives a custom cart for her paralyzed back legs. The series features many more heartwarming tales in its 10-episode second season.

In addition to "The Wizard of Paws," BYUtv's original programming slate includes new interwoven scripted shows "The Parker Andersons" and "Amelia Parker" about a blended multicultural, interracial family; "Survivalists," featuring two families on a three-day survival immersion course in the wild to reconnect and repair their relationships; the fifth and final season of "Dwight in Shining Armor," a comedy in which the Middle Ages meets Middle America; and the long-running, viral sketch comedy series "Studio C."

How do you feel about this latest The Wizard of Paws news? Share your thoughts with us in the comments below and don’t forget to stay tuned for all the renew/cancel 2021-2022 and beyond news!