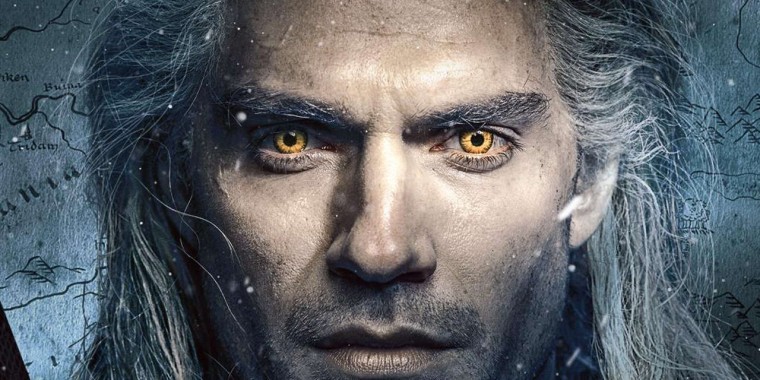 Netflix is pleased to announce The Witcher: Blood Origin, a limited series from The Witcher universe.

Blood Origin will be a six part, live-action limited series, and a prequel to the hit Netflix series The Witcher.

Set in an elven world 1200 years before the world of The Witcher, Blood Origin will tell a story lost to time – the origin of the very first Witcher, and the events that lead to the pivotal “conjunction of the spheres,” when the worlds of monsters, men, and elves merged to become one.

Andrzej Sapkowski will serve as creative consultant on the series. Jason Brown and Sean Daniel from Hivemind, and Tomek Baginski and Jarek Sawko from Platige Films will all serve as executive producers.

Declan de Barra said, “As a lifelong fan of fantasy, I am beyond excited to tell the story The Witcher: Blood Origin. A question has been burning in my mind ever since I first read The Witcher books – What was the Elven world really like before the cataclysmic arrival of the humans? I’ve always been fascinated by the rise and fall of civilizations, how science, discovery, and culture flourish right before that fall. How vast swathes of knowledge are lost forever in such a short time, often compounded by colonization and a rewriting of history. Leaving only fragments of a civilization’s true story behind.

The Witcher: Blood Origin will tell the tale of the Elven civilization before its fall, and most importantly reveal the forgotten history of the very first Witcher.”

Lauren Schmidt Hissrich said, “I am so thrilled to collaborate with Declan and the Netflix team on The Witcher: Blood Origin. It’s an exciting challenge to explore and expand The Witcher universe created by Andrzej Sapkowski, and we can’t wait to introduce fans to new characters and an original story that will enrich our magical, mythical world even more.”

Andrzej Sapkowski added, “It is exciting that the world of Witcher – as planned in the very beginning – is expanding. I hope it will bring more fans to the world of my books.”

The Witcher: Blood Origin will shoot in the UK.

About The Witcher TV Show

You can't outrun destiny just because you're terrified of it. Henry Cavill is Geralt of Rivia. The Witcher Season 1 released December 20, 2019.

The witcher Geralt, a mutated monster hunter, struggles to find his place in a world where people often prove more wicked than beasts.

· Also announced today, the series is headed to San Diego Comic Con with a panel at 2:15 PM on July 19 in Hall H. Moderated by accomplished actress and host and beloved sci-fi fan Yvette Nicole Brown ("Community," "Mom"), the panel will include cast members Cavill, Chalotra, and Allan alongside showrunner Lauren Schmidt Hissrich. NX, the @netflix space for everything super, sci-fi, gaming, fantasy, anime, and beyond will be the place for fans to track all news on the series out of the convention on @NXonNetflix Twitter and Instagram handles.

· Logline: Based on the best-selling fantasy series of books, The Witcher is an epic tale of fate and family. Geralt of Rivia, a solitary monster hunter, struggles to find his place in a world where people often prove more wicked than beasts. But when destiny hurtles him toward a powerful sorceress, and a young princess with a dangerous secret, the three must learn to navigate the increasingly volatile Continent together.

Henry Cavill to lead the cast of Netflix's THE WITCHER saga
Alik Sakharov, Charlotte Brändström and Alex Garcia Lopez to direct the series from showrunner Lauren Schmidt Hissrich
Henry Cavill (Mission Impossible - Fallout, Justice League) will lead the cast of The Witcher saga, playing the role of Geralt of Rivia

Logline: Based on the best-selling fantasy series, The Witcher is an epic tale of fate and family. Geralt of Rivia, a solitary monster hunter, struggles to find his place in a world where people often prove more wicked than beasts. But when destiny hurtles him toward a powerful sorceress, and a young princess with a dangerous secret, the three must learn to navigate the increasingly volatile Continent together

How do you feel about this latest The Witcher news? Share your thoughts with us in the comments below and don’t forget to stay tuned for all the renew/cancel 2021-2022 and beyond news!