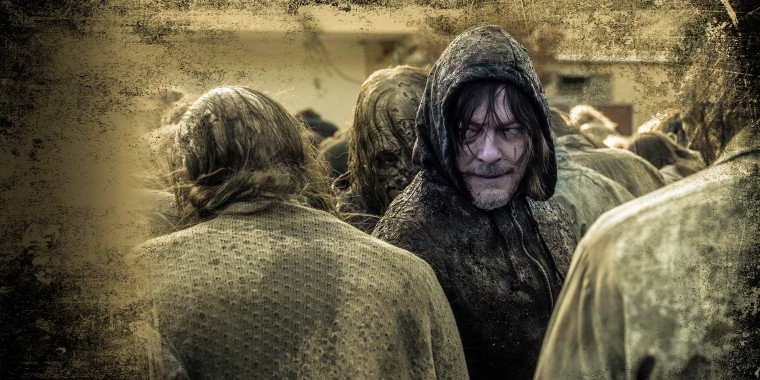 “The world is ours. By right. We’ve come together for it. All of us.” – Rick Grimes

THE FLAGSHIP SERIES’ FINAL, EXPANDED SEASON KICKS OFF WITH 8 EPISODES

NEW YORK – April 4, 2021 – The epic journey to the series finale of AMC’s smash hit The Walking Dead will begin Sunday, August 22, as announced in a new teaser that ran during tonight’s Season 10 finale. The flagship series’ final, expanded season will kick off with eight new episodes, the first of a massive 24-episode story arc that will bring the show’s decade-long successful run to conclusion.

“Coming off of the six additional episodes for Season 10, which focused on smaller, character-driven stories, we’re excited to kick off Season 11 bigger than ever,” says Angela Kang, showrunner and executive producer of The Walking Dead. “The stakes will be high – we’ll see more zombies, tons of action, intriguing new stories, never-before-seen locations and our groups together in one community for the first time, trying to rebuild what the Whisperers took from them.”

“The final chapter of The Walking Dead begins with eight action-packed episodes that will feature the massive scope and scale fans have come to expect from TWD Universe, and I’m thrilled to share that fans won’t have to wait long for these incredible new episodes to debut this summer,” adds Scott M. Gimple, chief content officer of TWD Universe.

The Walking Dead shattered ratings records over ten seasons and remains the #1 series on basic cable for the 12th consecutive year, among A25-54 in L+3 viewing. Based on the comic book series written by Robert Kirkman and published by Image Comics, The Walking Dead is produced by AMC Studios and executive produced by Gimple, Kang, Kirkman, Gale Anne Hurd, Dave Alpert, Greg Nicotero, Joseph Incaprera and Denise Huth.

About The Walking Dead TV Show

New Episodes Premiere Sundays at 9pm ET/ 8pm C; Also Available One Week Early on AMC+
Previously on The Walking Dead, our survivors confronted past demons and combated new threats, with friendships and relationships suffering from the mounting collateral damage that is the apocalypse. Alexandria is severely compromised; left a former shell of the home it once was from the carnage and devastation left behind by the Whisperers. Now all who live in Alexandria struggle to refortify it and feed its increasing number of residents, which include the survivors from the fall of the Kingdom and the burning of Hilltop; along with Maggie (Lauren Cohan) and her new group, the Wardens. Alexandria has more people than it can manage to feed and protect. Their situation is dire as tensions heat up over past events and self-preservation rises to the surface within the ravaged walls. Meanwhile, unbeknownst to those at Alexandria, Eugene (Josh McDermitt), Ezekiel (Khary Payton), Yumiko (Eleanor Matsuura), and Princess (Paola Lázaro) are still being held captive by mysterious soldiers who are members of a larger and unforthcoming group.

Over ten seasons, The Walking Dead remains the highest-rated series on ad-supported cable television and has given life to an expanding Universe that now includes the companion series Fear the Walking Dead, a new third series from Chief Content Officer Scott M. Gimple and TWD veteran writer and producer Matt Negrete, as well as an untitled The Walking Dead Movie, starring Andrew Lincoln, with Universal and Skybound Entertainment.

"The Walking Dead burst out of the gate ten years ago as a genre show that had all the character depth of a top-tier prestige drama," said Sarah Barnett, President of AMC Networks Entertainment Group & AMC Studios. "And now ten years later - led by the brilliant Angela Kang and fueled by one of the most consistently talented casts in television - this phenomenon is flourishing creatively, with critics and audiences embracing its reset. We're delighted to welcome back Lauren Cohan, she has meant so much to this show and its passionate, global fanbase, who are in for a fantastic ride over the coming months."

How do you feel about this latest The Walking Dead news? Share your thoughts with us in the comments below and don’t forget to stay tuned for all the renew/cancel 2021-2022 and beyond news!