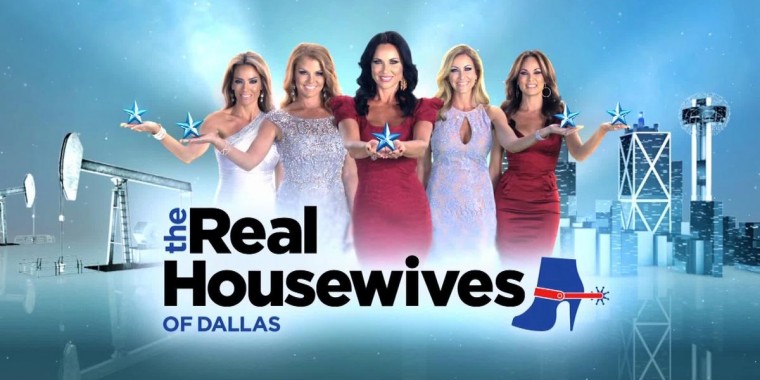 The Real Housewives of DallasGRAB YOUR ‘QUARANTINIS’ AND SADDLE UP!

BRAVO’S “THE REAL HOUSEWIVES OF DALLAS” RETURNS FOR SEASON FIVE ON TUESDAY, JANUARY 5 AT 9 PM ET/PT

· “The Real Housewives of Dallas” premieres Tuesday, January 5 at 9pm ET/PT on Bravo.

· New housewife and physician Tiffany Moon joins this season, wasting no time inserting herself into the drama with the ladies.

· Jennifer Davis Long, a friend of the ladies, will also appear throughout the season.

· This season, after years of being a doting mother and wife, Stephanie is eager to return to work and launches her own foundation. When her husband Travis questions her ability to follow through, she sets on a course to prove him wrong.

· Still reeling from her past mistakes, Brandi struggles to forgive herself and things get complicated for her when D’Andra’s friend Tiffany joins their circle of friends.

· D’Andra struggles to get in touch with her sensitive side and reconcile with a side of her family she hasn’t seen or spoken to in years. In an effort to become a more forgiving person, she enlists the help of a Shaman, but when conflict arises with Kary her new skills are quickly put to the test.

· With her house on the market, Kameron is desperately looking for a buyer before her dream house slips away, but her husband Court is keeping her in the dark on the logistics. As she struggles with her husband treating her as an equal partner, she also has trouble connecting with new housewife Tiffany.

· In an attempt to heal the wounds left behind by her chaotic childhood, Kary is working on rebuilding her relationship with her mother. Afraid of making the same mistake with her own children, the pandemic has prompted Kary to take a hard look at what is most important to her.

· Born in a small town just outside of Beijing, China, Tiffany Moon moved to the United States when she was just six years old. The product of extreme “Tiger Parents,” she graduated college at 19-years-old and medical school at 23, where she finished in the top ten percent of her class. Introduced to the ladies by D’Andra, Tiffany struggles to find the balance between her demanding job as a frontline worker during the pandemic and being a wife and a mother to her five-year-old twin girls.

About The Real Housewives of Dallas TV Show

Bravo Media travels to the Southwest with cowboy boots, class, and a big dose of sass with The Real Housewives of Dallas. A natural expansion for The Real Housewives franchise, the extravagant, over-the-top city of Dallas is deeply rooted in Texan pride, where people believe that if they are lucky enough to live in the Lone Star State, they are lucky enough. The series delves into the lives of five sophisticated southern socialites – Cary Deuber, Tiffany Hendra, Stephanie Hollman, LeeAnne Locken and Brandi Redmond, along with their friend Marie Reyes – as they climb their way to the top of the city's most exclusive circle. With big wallets, big hearts and even bigger drama, these ladies prove why you don’t mess with Texas, let alone a Housewife.

After opening up about her struggle with depression, Stephanie continues to be more honest and true to herself, but not without complications. An unforeseen feud with an assumed ally threatens to bring her to her breaking point.

Kameron jumps into this season with a renewed sense of fun and fabulousness. But it's not all rosy for this blonde bombshell when a seemingly unforgivable faux pas from Brandi and Stephanie sends her into a fit over formalities.

Introduced to the ladies by D'Andra, new housewife, Kary Brittingham lives just down the street with her husband and four kids. Originally from Guadalajara, Mexico, this self-proclaimed "feisty" female isn't afraid to speak the truth. Kary makes fast friends with these Dallas divas, but her relationship with LeeAnne gets off to a rocky start.

Busy with her booming business, Cary Deuber has little time for Dallas drama except when supporting her former frenemy turned gal pal, LeeAnne as she celebrates her big day.

How do you feel about this latest The Real Housewives of Dallas news? Share your thoughts with us in the comments below and don’t forget to stay tuned for all the renew/cancel 2021-2022 and beyond news!