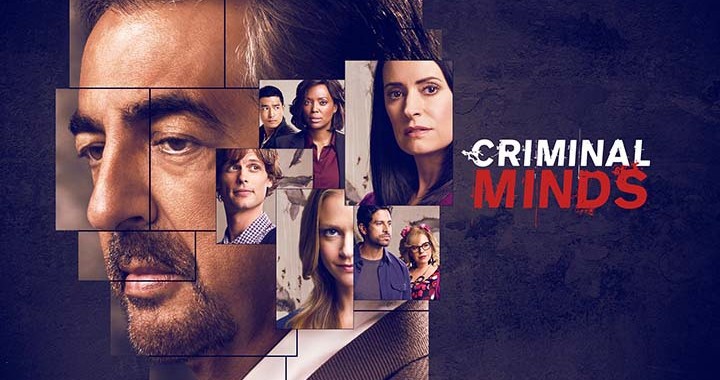 International Launch in 2021 with Initial Debut in Australia, Latin America, and the Nordics

MTV and Paramount to Join Its Unique Combination of Live Sports, Breaking News and Premium Entertainment

Plans Include Five New Original Series for the Service: THE OFFER, a Limited Event Series About the Making of “The Godfather,” One of the Most Legendary Films in Paramount’s History from Oscar and Emmy-Nominated Writer Michael Tolkin;

LIONESS, from “Yellowstone” Creator Taylor Sheridan; a New Edition of BEHIND THE MUSIC from MTV; THE REAL CRIMINAL MINDS True Crime Docuseries; and a Revival of BET’s THE GAME

Additional Original Series to Be Announced in Advance of Launch

ViacomCBS (NASDAQ: VIAC, VIACA) today unveiled “Paramount+” as the brand name for the company’s upcoming global streaming service, building on a legacy of innovation and superior storytelling that distinguishes one of the most iconic brands in Hollywood. The company’s transformed subscription video on-demand and live streaming service, CBS All Access, will be rebranded as Paramount+ in early 2021 as part of the service’s expansion to feature content from ViacomCBS’ leading portfolio of broadcast, news, sports and entertainment brands. ViacomCBS will also bring Paramount+ to international markets with an initial debut in Australia, Latin America and the Nordics in 2021.

“Paramount is an iconic and storied brand beloved by consumers all over the world, and it is synonymous with quality, integrity and world-class storytelling,” said Bob Bakish, President and CEO, ViacomCBS. “With Paramount+, we’re excited to establish one global streaming brand in the broad-pay segment that will draw on the sheer breadth and depth of the ViacomCBS portfolio to offer an extraordinary collection of content for everyone to enjoy.”

LIONESS, a spy drama created by Taylor Sheridan (“Yellowstone”) with Sheridan, Jill Wagner, David Glasser, David Hutkin, and Bob Yari set to executive produce. Based on a real-life CIA program, LIONESS follows a young Marine recruited to befriend the daughter of a terrorist to bring the organization down from within. The series is produced by Paramount Network and 101 Studios.

A reimagination of the Emmy®-nominated series “Behind the Music” entitled MTV’s BEHIND THE MUSIC – THE TOP 40, which will unlock MTV’s vault from the past 40 years for a unique and intimate look at the 40 biggest artists of all time, through their voices and their eyes. The series will be produced by Creature Films and MTV Studios.

THE REAL CRIMINAL MINDS, a true crime docuseries based on the hit CBS Television series, and produced by XG Productions in association with CBS Television Studios and ABC Signature.

The service is also developing a revival of THE GAME as part of BET’s programming on Paramount+ from CBS Television Studios and Grammnet Productions.

This programming will join CBS All Access’ robust existing offering of more than 20,000 episodes and movies from BET, CBS, Comedy Central, MTV, Nickelodeon, Paramount Pictures and more, as well as exclusive original series including THE GOOD FIGHT, THE TWILIGHT ZONE, TOONING OUT THE NEWS, NO ACTIVITY, WHY WOMEN KILL, INTERROGATION, THE THOMAS JOHN EXPERIENCE and TELL ME A STORY, as well as upcoming series THE STAND, THE MAN WHO FELL TO EARTH, THE HARPER HOUSE, and GUILTY PARTY. The service is also the exclusive domestic home to STAR TREK: DISCOVERY, STAR TREK: PICARD, the animated series STAR TREK: LOWER DECKS and the upcoming U.S.S. Enterprise-set series STAR TREK: STRANGE NEW WORLDS.

Since the transformation of CBS All Access began in late July, the service has experienced significant growth and engagement. With the addition of a diverse mix of content, including UEFA, BIG BROTHER LIVE FEEDS, STAR TREK: LOWER DECKS and more than 3,500 episodes from across ViacomCBS’ brands, the service broke a new record for total monthly streams in August and experienced one of its best months ever in terms of new subscriber sign-ups. In addition, the average age of new subscribers in August was measurably younger than the service’s overall average subscriber age, due in large part to the addition of UEFA and the newly added content from various ViacomCBS brands.

Leading up to the early 2021 rebrand to Paramount+, CBS All Access will expand its content offering to more than 30,000 episodes and movies and continue to develop additional original series across brands including BET, CBS, Comedy Central, MTV, Nickelodeon, Paramount Pictures and more, transforming it into a diversified super service for the ViacomCBS portfolio.

“The response from consumers in just the early weeks of the service’s expansion already illustrates the tremendous opportunity ahead of us in bringing these phenomenal ViacomCBS brands together in one premium streaming home under the new Paramount+ name,” said Marc DeBevoise, Chief Digital Officer, ViacomCBS and President & Chief Executive Officer, ViacomCBS Digital. “With the addition of even more content from across the portfolio as well as the new exclusive originals we are announcing today, we look forward to the early 2021 rebrand and bringing existing and new subscribers more of the compelling, genre-spanning live sports, breaking news and mountain of entertainment ViacomCBS has to offer.”

Criminal Minds revolves around an elite team of FBI profilers who analyze the country's most twisted criminal minds, anticipating their next moves before they strike again. The Behavioral Analysis Unit's most experienced agent is David Rossi, a founding member of the BAU who returns to help the team solve new cases. The team is lead by Special Agent Aaron Hotchner, a strong profiler who is able to gain people's trust and unlock their secrets. Other members Special Agent Derek Morgan, an expert on obsessional crimes; Special Agent Dr. Spencer Reid, a classically misunderstood genius whose social IQ is as low as his intellectual IQ is high; Jennifer "J.J." Jareau, the team's confident unit liaison who was called to a top Pentagon job but returns to the BAU under mysterious circumstances; and Penelope Garcia, a computer wizard who helps research the cases. Each member brings his or her own area of expertise to the table as they pinpoint predators' motivations and identify their emotional triggers in the attempt to stop them.

How do you feel about this latest Criminal Minds news? Share your thoughts with us in the comments below and don’t forget to stay tuned for all the renew/cancel 2021-2022 and beyond news!