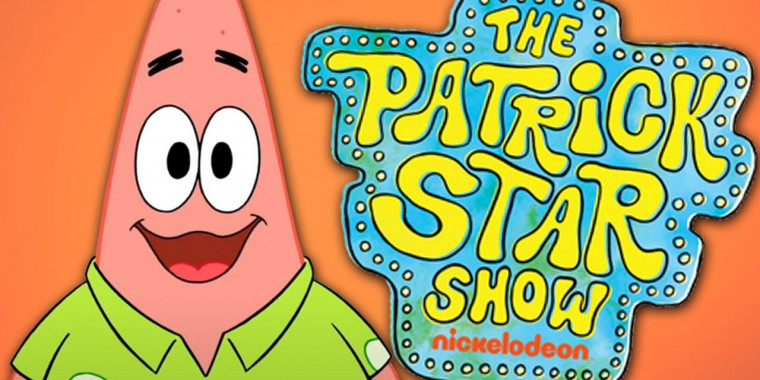 The cabler has ordered The Patrick Star Show, a SpongeBob SquarePants animated spinoff based on SpongeBob’s best buddy Patrick Star.

Bill Fagerbakke will continue to voice the character and be joined by a largely new voice cast.

The first season is set to have 13 episodes and is eyed for a 2021 premiere.

"This next season of The Patrick Star Show will embark upon even more imaginative, colorful and hilarious adventures, diving deeper into the Star family's daily life and escapades," said Claudia Spinelli, Senior Vice President, Animation for Big Kids. "For over 20 years, the beloved Patrick Star has provided humor to fans around the world, and we can't wait to see what he does next."

The second spinoff of the number-one animated series SpongeBob SquarePants tells brand-new stories about one of the most beloved best friends in TV history that is set to be the wildest ride yet. The family sitcom stars Patrick and the rest of his family as they are constantly disrupted by Patrick's wild whims and surreal imagination.

Since its launch July 17, 1999, SpongeBob SquarePants has reigned as the most-watched kids' animated series for 20 consecutive years, while generating a universe of beloved characters, pop culture catchphrases and memes, theatrical releases, consumer products, a Tony Award(R)-winning Broadway musical and a global fan base. SpongeBob SquarePants is the most widely distributed property in ViacomCBS Networks International history, seen in more than 170 countries and territories, translated in 30+ languages, and averaging more than 100 million total viewers every month. SpongeBob SquarePants was created by Stephen Hillenburg and produced by Nickelodeon in Burbank. The character-driven cartoon chronicles the nautical and sometimes nonsensical adventures of SpongeBob, an incurable optimist and earnest sea sponge, and his undersea friends.

The Patrick Star Show is the second spinoff of the number-one animated series SpongeBob SquarePants and follows a younger Patrick Star living at home with his family, where he hosts his own variety show for the neighborhood from his television-turned-bedroom. In the premiere episode, "Late for Breakfast," Patrick presents a show about food after missing out on a hearty breakfast. Then in "Bummer Jobs," Patrick and SpongeBob experience the wonders of the workforce.

Marking Nickelodeon's first original animated series in five years, Middlemost Post hails from SpongeBob SquarePants' alum John Trabbic III and follows a former rain cloud, a brawny mailman and their magical pet walrus as they deliver packages to the unusual inhabitants of Mount Middlemost. In the debut episode, "First Delivery," while delivering a letter to a house that never gets mail, the gang goes through warfare to get to its front door. Next in "Chore or Less," in an attempt to be more like Angus, Parker does the chores and realizes that they're actually boring.

The Middlemost Post voice cast includes Becky Robinson (Kipo and the Age of Wonderbeasts) as Parker J. Cloud, an exuberant, relentlessly kind, overly eager, and most of all, pliable cloud who's desire is to spread cheer; John DiMaggio (Futurama) as Angus Roy Shackelton, Parker's boss and proprietor of the Middlemost Post; Kiren (Raising Hope) as Lily, Parker's best friend and master inventor; Colton Dunn (Superstore) as Mayor Peeve, the petty Mayor of the city of Somewhere locked in a petty, one-sided feud with Angus; and Johnny Pemberton (In the Loop) as Ryan, Mayor Peeve's loyal assistant.

How do you feel about this latest The Patrick Star Show news? Share your thoughts with us in the comments below and don’t forget to stay tuned for all the renew/cancel 2021-2022 and beyond news!