Home | Cancellations & Renewals | The Outlaws Renewed For Season 2 By BBC One & Amazon! 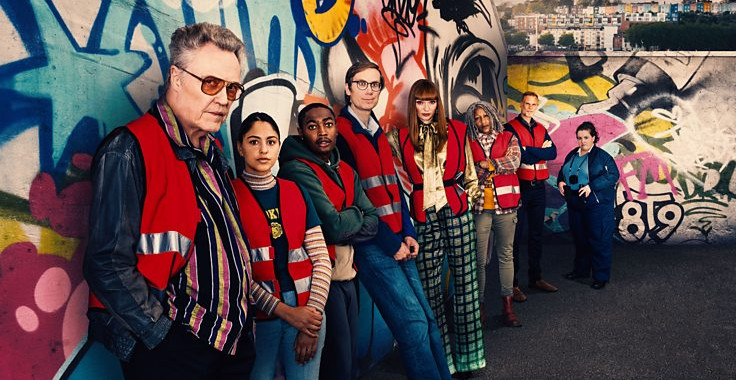 About The Outlaws TV Show

The Outlaws is a comedy thriller series from multi-award-winning writer and director Stephen Merchant, originally created by Merchant and Elgin James (co-creator of US series Mayans M.C.) The series follows seven strangers from different walks of life forced together to complete a Community Payback sentence in Bristol.

The Outlaws series one is the BBC’s biggest comedy launch this year and has been streamed 11m times on BBC iPlayer so far.

Following on directly from the first series, The Outlaws still have time to serve on their sentences - but now they must face the fallout from their actions. If they thought the criminal underworld or the local police were done with them, they are sorely mistaken. The Outlaws must depend on one another while working with unlikely allies to atone for their sins - but can they save themselves without sacrificing their souls?

Stephen Merchant says: "I am overwhelmed by the wonderful response to The Outlaws. Audiences have fallen in love with the characters as much as I have and my Twitter feed is inundated with people asking for updates on series two, so I’m delighted to confirm the entire gang will return for more adventures. If we made The Outlaws sweat in Series One, we’re really turning the heat up second time round."

Jon Petrie, Director of BBC Comedy, says: “The Outlaws has entertained BBC viewers across the nation this autumn and we are thrilled to say the series is the BBC’s biggest comedy launch this year. We can’t wait for fans to see what Stephen has in store for this second series as our Outlaws come face to face with the consequences of their actions.”

Chris Mansolillo, director and head of content licensing in the U.S. for Prime Video, says: “Stephen and Elgin’s unlikely band of Outlaws have clearly connected with audiences in the UK, through their compelling storylines, and hilarious and heartfelt performances. We can’t wait to introduce The Outlaws to our Prime Video members next year.”

The series is a co-production between BBC One and Amazon Studios. The second series was commissioned by BBC Comedy and BBC One, produced by Big Talk (Mum, Friday Night Dinner, Back) with Stephen Merchant’s Four Eyes. Big Talk is part of ITV Studios.

The Amazon deal was brokered by BBC Studios, who are also handling global distribution. Jonathan Blyth, Director of Comedy at BBC Studios, adds: ‘‘The return of The Outlaws is such brilliant news. Stephen, Big Talk, and the talented ensemble cast have produced a really special series full of dramatic moments, humour and warmth which has made it one of the most talked about shows of the year. We are thrilled to be working with the BBC, Amazon, and key partners to bring the series to audiences around the world and to establish it as a major global comedy brand.’’

The 6x60’ series will premiere on BBC One and BBC iPlayer in the UK and on Amazon Prime Video in the United States, Canada, Australia, New Zealand and Nordics.

The series is created by Stephen Merchant and Elgin James. Executive Producers are Stephen Merchant for Four Eyes, Luke Alkin, Kenton Allen and Matthew Justice for Big Talk, and Tanya Qureshi is the Commissioning Editor for the BBC.

Filming on the second series has been completed and will air next year.

How do you feel about this latest The Outlaws news? Share your thoughts with us in the comments below and don’t forget to stay tuned for all the renew/cancel 2021-2022 and beyond news!