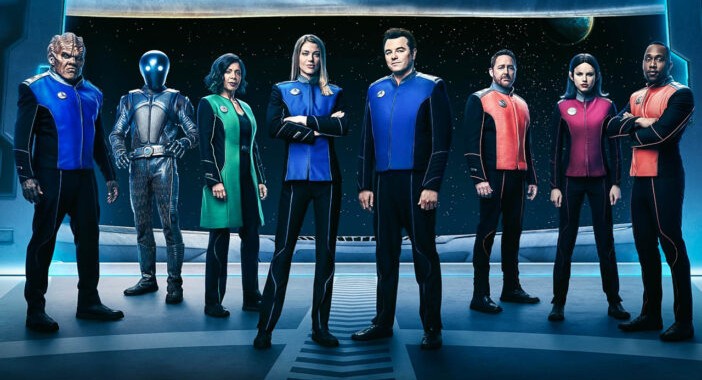 Hulu has delayed the final season of The Orville”. Originally set to premiere March 10, The Orville: New Horizons will now launch Thursday, June 2, 2022.

Seth MacFarlane’s epic space adventure series “The Orville” returns exclusively as a Hulu original series. Set 400 years in the future, “The Orville: New Horizons” finds the crew of the U.S.S. Orville continuing their mission of exploration, as they navigate both the mysteries of the universe and the complexities of their own interpersonal relationships.

About The Orville TV Show

Orville is a one-hour science fiction series set 400 years in the future that follows the adventures of the U.S.S. Orville, a mid-level exploratory vessel. Its crew, both human and alien, faces the wonders and dangers of outer space, while also dealing with the familiar, often humorous problems of regular people in a workplace… even though some of those people are from other planets, and the workplace is a faster-than-light spaceship.

Wondering how your other FOX, Hulu shows are doing? Check out the FOX, Hulu 2021 TV scorecard page, where you can find the cancel/renew status of all FOX, Hulu TV shows!

How do you feel about this latest The Orville news? Share your thoughts with us in the comments below and don’t forget to stay tuned for all the renew/cancel 2021-2022 and beyond news!