Home | Renewed | The Masked Singer Renewed For Season 5 By FOX! 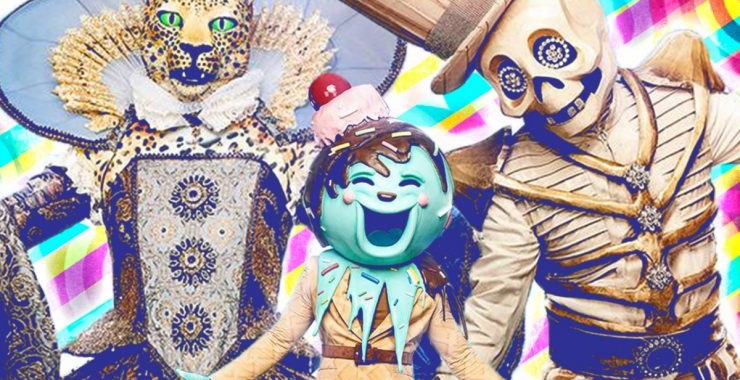 FOX has renewed the hit celebrity competition series THE MASKED SINGER for a fifth season, it was announced today by Rob Wade, President, Alternative Entertainment & Specials, FOX Entertainment. THE MASKED SINGER Season Five will air on FOX in 2021. On tonight’s special two-hour Season Four semi-finals episode, airing from 8:00-10:00 PM ET/PT, the top two singers from each group are featured, as they battle for a spot in the season finale.

“I’m so happy to announce a new season of THE MASKED SINGER,” said Wade. “This show brings joy to so many families across the country, especially during these trying times, and we can’t wait to get even more celebrities suited up in crazy costumes for an hour of pure fun every week.”

In tonight’s all-new semi-finals episode, the top two celebrity contestants from each group come together for the first time as the “Super Six,” competing for a coveted spot in the season finale. Craig Robinson (host of THE MASKED DANCER) joins the desk as a guest panelist. It’s CROCODILE vs. SEAHORSE, MUSHROOM vs. JELLYFISH and SUN vs. POPCORN in the high-stakes two-hour episode that will leave three unmasked, and three moving on to the season finale airing Wednesday, Dec. 16 (8:00-10:00 PM ET/PT) on FOX.

Catch up on the current season of THE MASKED SINGER with On Demand, FOX NOW, Hulu, as well as on FOX Entertainment’s streaming platform, Tubi.

About The Masked Singer TV Show

How do you feel about this latest The Masked Singer news? Share your thoughts with us in the comments below and don’t forget to stay tuned for all the renew/cancel 2021-2022 and beyond news!