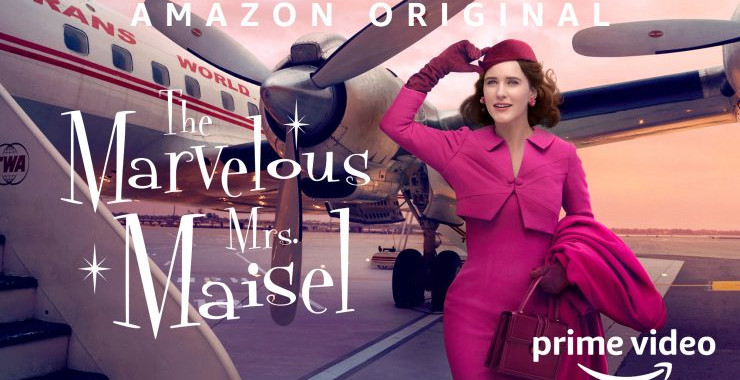 The fifth season renewal comes ahead of Season 4, which is set to premiere in late 2021/early 2022.

Prime Video announced that its most awarded series, the beloved and celebrated The Marvelous Mrs. Maisel, has been greenlit for a fifth and final season. For nearly five years, the history-making comedy has delighted fans from the Upper West Side to more than 240 countries and territories worldwide. Production for the fifth and final season is currently underway in New York City.

“Amy, Dan, and The Marvelous Mrs. Maisel have blazed an unparalleled path, elevating the stories we tell about women, challenging the norms in our industry, and forever altering the entertainment landscape with their one-of-a-kind storytelling,” said Jennifer Salke, head of Amazon Studios. “The dozens of awards cement Maisel’s legacy in many ways, but what’s even more enduring and poignant are the characters Amy created and the joyous, brilliant, singular world she and Dan brought to life. This series has meant so much to Prime Video and the effects of its success will be felt long after its final season. I can’t wait for fans and our worldwide Prime Video audience to savor each moment as we embark on the culmination of this groundbreaking and unforgettable series.”

Was the first Amazon Studios multi-season greenlight of a new series.

Made Emmy awards history, with Amy Sherman-Palladino being the first person to earn Emmy wins in both Comedy Writing and Comedy Directing in the same year.

Rachel Brosnahan’s performance as Miriam “Midge” Maisel has earned her a Primetime Emmy award for Outstanding Actress in a Comedy Series, two Golden Globe Awards, three Screen Actors Guild Awards (including one for Outstanding Performance by a Female Actor in a Comedy Series), and two Critics Choice Awards—an awards sweep that’s never been accomplished by an actor in any one series.

Has been an incredibly important production to New York City employing over 34,000 actors and craftspeople over the first four seasons.

The series, written and directed by Sherman-Palladino, stars Rachel Brosnahan (House of Cards) as Miriam “Midge” Maisel, a 1958 New York City woman who has everything she’s ever wanted—the perfect husband, two kids, and an elegant Upper West Side apartment perfect for hosting Yom Kippur dinner. But her perfect life suddenly takes an unexpected turn and Midge discovers a previously unknown talent—one that changes her life forever. She charts a course that takes her from her comfortable life on Riverside Drive, through the basket houses and nightclubs of Greenwich Village as she storms the world of stand-up comedy…a course that will ultimately lead her to a spot on Johnny Carson’s couch.

Season 2: After Midge's triumph at the Gaslight, the fallout from her takedown of Sophie Lennon looms large, making her climb up the comedy ladder more challenging than ever. As the actual grind of being a comic begins to take its toll on Midge, the pressure to come clean to her family weighs on her - especially as her choices have a ripple effect on everyone around her.

How do you feel about this latest The Marvelous Mrs. Maisel news? Share your thoughts with us in the comments below and don’t forget to stay tuned for all the renew/cancel 2021-2022 and beyond news!