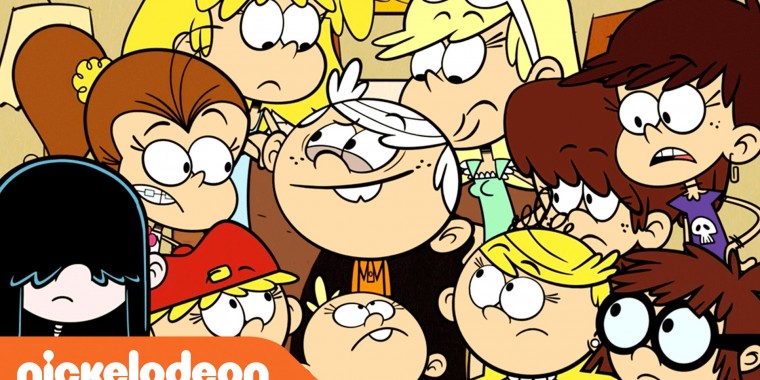 NICKELODEON TO BEGIN PRODUCTION ON THE LOUD HOUSE: A VERY LOUD CHRISTMAS! IN APRIL

Nickelodeon is set to begin production this April on The Loud House: A Very Loud Christmas! (working title), an original live-action holiday TV movie based on the Emmy Award-winning animated series, The Loud House. Casting is currently underway, with Wolfgang Schaeffer (Criminal Minds) tapped to play 11-year-old Lincoln Loud and Jahzir Bruno (The Witches) as Clyde McBride, Lincoln’s best friend. Additional casting news will be announced soon. The feature-length TV movie will film in Atlanta, with a premiere slated for November on Nickelodeon.

In The Loud House: A Very Loud Christmas!, Lincoln is gearing up for the ultimate Christmas, until he finds out that most of his sisters have plans to be elsewhere for the big day. Determined to remind his family that they all need to be together, Lincoln and his best friend Clyde embark on a mission to preserve the family’s holiday traditions.

The Loud House, which was recently greenlit for a sixth season, debuted on Nickelodeon in May 2016 and centers on 11-year-old Lincoln Loud and his 10 sisters as he gives an inside look at what it takes to survive the chaos of a huge family. As one of the longest-running animated series on Nickelodeon with 156 episodes, the property has also been translated into: a comic book series, which continues to roll out new stories; chapter books; a digital album; and a podcast, Listen Out Loud. The series is executive produced by Michael Rubiner. Kyle Marshall serves as co-executive producer and Ashley Kliment-Baker is art director.

About The Loud House TV Show

The series follows 11-year-old Lincoln Loud and his 10 sisters (Lori, Leni, Luna, Luan, Lynn, Lucy, Lola, Lana, Lisa, and Lily) as he gives an inside look at what it takes to survive the chaos of a huge family. With his best bud Clyde, Lincoln always comes up with a plan to stay one step ahead of the chaos, but whether or not it works is where the adventures begin.

The Loud House - Nickelodeon Studios is set to begin production on a brand-new original live-action series (10 episodes) based on the Emmy Award-winning animated show, The Loud House, premiering later this year on Paramount+. This follows the success of the live-action movie, A Loud House Christmas, which became TV's top kids' entertainment telecast of 2021 when it premiered on Nickelodeon in November.

How do you feel about this latest The Loud House news? Share your thoughts with us in the comments below and don’t forget to stay tuned for all the renew/cancel 2021-2022 and beyond news!