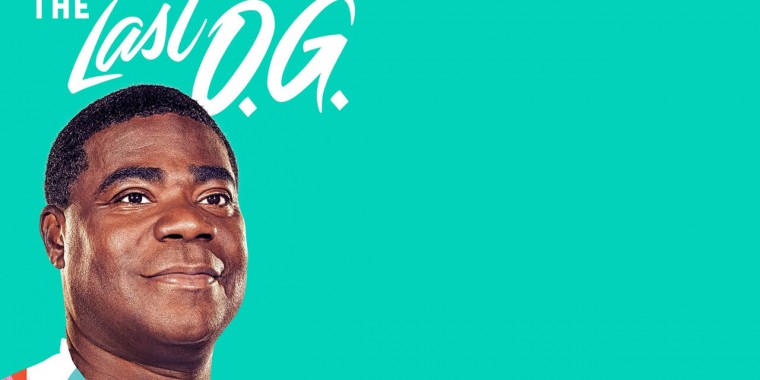 TBS Renews “THE LAST O.G.” For a Fourth Season

“The Last O.G.” follows Tray (Morgan), an ex-con who is shocked to see just how much the world has changed when he is released from a 15-year prison stint. After finding a place to live and new forms of income, Tray continues to meet challenges as he re-paves his way in his newly affluent Brooklyn neighborhood.

The network has tapped seasoned comedy writer, comedian and producer Owen Smith to serve as showrunner for the new season. Known for his unique storytelling and ability to hilariously embrace timely topics, Smith’s writing credits include “Black-ish,” “Survivor’s Remorse,” “The Arsenio Hall Show,” “Whitney” and “The Nightly Show with Larry Wilmore.” As a comedian, Smith has appeared on “The Late Show with Stephen Colbert,” “Conan,” “Laff Mobb’s Laff Tracks” and many more. His one-hour comedy special “Good Luck Everybody” made history as the first special shot entirely on an iPhone.

“‘The Last O.G.’ has become more powerfully poignant with each season while always remaining incredibly funny,” said Sam Linsky and Adrienne O’Riain, co-heads of scripted original programming for TBS, TNT and truTV. “Tracy Morgan embraces the world with his humor while Owen Smith tackles real-life conversations head-on through hilarity. We can’t wait to see where they take us in season four.”

“I am so excited that we get to make another season of ‘The Last O.G.,'” said Morgan. “All I ever want to do is try and bring joy to people which is hard right now but I appreciate that we will have the chance to go back to work and do what we can to make the world a little brighter.”

“I was already a big fan of the show so getting the opportunity to helm this production and work with this amazing cast and crew is a huge honor,” said Smith. “I’m looking forward to telling stories that humanize Black men in ways that are not just comedic but relevant and real.”

About The Last O.G. TV Show

TBS' "The Last O.G." Returns for Season Four on October 26

LOS ANGELES (September 9, 2021) -The fourth season of TBS' Brooklyn-centric series "The Last O.G." starring Tracy Morgan and co-created by Academy Award(R) winner Jordan Peele will premiere on Tuesday, October 26 with back-to-back new episodes starting at 10 pm ET/PT. The additional eight episodes will air on Tuesdays at 10:30 pm ET/PT. "The Last O.G." has been a perennial Top 10 cable comedy since launch with the most recent season reaching 20 million viewers across TBS' linear and digital platforms.

Last season's finale saw Tray (Morgan) fall victim to a violent attack, and season four will follow his personal reawakening - with a fresh perspective on his community, new goals, and a distinct set of challenges. It's a new day and a new way for Tray, as he tries to adapt to a changing world so he can do some good for the Brooklyn he loves. The fourth season of "The Last O.G." stars Ryan Gaul, Taylor Mosby, Dante Hoagland, Anna Maria Horsford and Da'Vine Joy Randolph. Guest stars this season include Janet Hubert ("The Fresh Prince of Bel-Air"), Malik Yoba ("First Wives Club"), Wood Harris ("The Wire") and Gary Dourdan ("CSI: Crime Scene Investigation").

After serving his time at the halfway house and having his food truck go up in flames, season three finds Tray (Morgan) forced into finding a new place to live, and new forms of income. He lands in gentrified Brooklyn with a host of colorful, hipster neighbors, where he begins to give "hood legend" walking tours of the city that is forever changing around him. Meanwhile, Tray's ex-girlfriend Shay (Haddish) is presented with the business opportunity of a lifetime, which could mean big changes for the whole family. Ryan Gaul, Allen Maldonado, Taylor Mosby, Dante Hoagland, Bresha Webb, Anna Maria Horsford, Derek Gaines and Joel Marsh Garland will all return this season.

How do you feel about this latest The Last O.G. news? Share your thoughts with us in the comments below and don’t forget to stay tuned for all the renew/cancel 2021-2022 and beyond news!