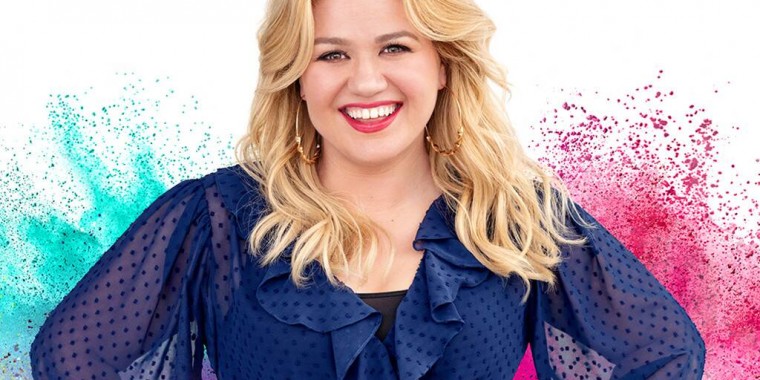 The hourlong daytime program, which currently airs in 100% of the country on more than 200 stations, has already been sold in national syndication to more than 75% of the U.S. for its third and fourth seasons. “The Kelly Clarkson Show” is produced and distributed by the recently renamed NBCUniversal Syndication Studios, which is currently expanding its portfolio.

“One ray of sunshine in this wildly unpredictable year is that we get to continue to deliver to stations and fans a show that brings people together,” Wilson said. “This wouldn’t be possible without the heart and humor of the talented and dedicated Kelly Clarkson and our production team, led by the incomparable Alex Duda, both of whom are masters of storytelling. It’s easy to see why Emmy voters, critics and viewers have become such loyal fans of the show.”

Said Valari Staab, President, NBCUniversal Owned Television Stations: “‘The Kelly Clarkson Show’ is one of the most optimistic success stories in first-run syndication. Kelly is a beloved performer and host with deep roots at NBC and we are delighted to have her continue to be a very important and treasured part of our stations’ programming.”

“The Kelly Clarkson Show” made an unprecedented move to stay in original episodes over the summer. They continued to film remotely from Montana and from Clarkson’s home in Los Angeles during part of the COVID-19 lockdown. The syndicated series returned to its home at the Universal Studios lot to film season two in September.

In its first year on the air, “The Kelly Clarkson Show” received three Daytime Emmy wins, more than any other talk show in 2020. Clarkson was named Outstanding Entertainment Talk Show Host and the show also received a Critic’s Choice Award nomination. Showrunner and executive producer Alex Duda received a Gracie Award in 2020, which recognized “The Kelly Clarkson Show” as exemplary programming created by, for and about women.

Clarkson’s “weekday hang” includes a mix of celebrity guests and everyday people, performances, games and her unfiltered perspective on life, relationships, parenting, kids and things that make her laugh her along the way.

For where to watch: check your local listings.

For information on tickets, visit: “The Kelly Clarkson Show” website.

THE KELLY CLARKSON SHOW" 'ON TOP OF THE WORLD' WITH STAR-STUDDED, SEASON 3 COAST TO COAST PREMIERE CELEBRATION BEGINNING MONDAY, SEPTEMBER 13

UNIVERSAL CITY, Calif - August 23, 2021 - Six time Emmy(R) Award winning daytime talker "The Kelly Clarkson Show" returns for a star-studded season 3 coast to coast premiere celebration on Monday, September 13 with Emmy Award winning host and Grammy(R) Award winning artist Kelly Clarkson. The show is filming on location for a week in New York City around town and at The Appel Room within Frederick P. Rose Hall, the Home of Jazz at Lincoln Center, before returning to its home base at Universal Studios Hollywood. Fans will have to tune in to find out who requested 'On Top of the World' (Imagine Dragons) as the first Kellyoke of the season. "The Kelly Clarkson Show" airs in 100% of the country across 200 stations and is positioned to headline daytime in leading time periods by Fall 2022.

Season 3 premiere week will feature the show's signature panel of celebrity guests and everyday heroes doing extraordinary things in their communities. Star-studded surprises and new signature show segments include Kelly showing up to visit unsuspecting past guests, including entrepreneurs that were featured on the show during the pandemic who invited her to stop by. Kelly will also honor good Samaritans in a lifechanging way, who are making a positive impact on their communities.

Kelly Clarkson said: "We can't wait to kick off our third season of "The Kelly Clarkson Show" celebrating New York City... a city that is known for its energy, resilience and the arts that have been inspiring me since I was a kid! Now I warned people last season that mama would show up if I kept getting invited... well, no take-backs, here I am New York!"

Throughout the 'We Love New York' premiere week celebration, fans of the "The Kelly Clarkson Show" and daytime viewers across the nation will experience must-watch moments that give back to communities across the country made possible by brand sponsors Citi and Hyundai. In addition, viewers will be inspired by in-show integrations spotlighting heartfelt stories from partners Chime and Express.

"The Kelly Clarkson Show" is the uplifting daytime destination for humor, heart and connection featuring Emmy-winning talk show host, Grammy-winning artist and America's original idol, Kelly Clarkson. Her "weekday hang" includes live performances, a panel of guests, games and her unfiltered perspective on life, relationships, parenting, kids and things that make her laugh her along the way.

· Season 2 of "The Kelly Clarkson Show," hosted by Grammy and Emmy Award-winning talk show host Kelly Clarkson, will premiere on Monday, Sept. 21 and plans to return to its home at Universal Studios Hollywood.

· For the first time ever, fans will have the chance to get a front row seat as part of the show's virtual audience from the comfort of their own home. Season 2 will feature a combination of live and virtual interviews with some of the biggest names in film, television, music and everyday people who are agents of change in their community. The program will comply with NBCUniversal's safety guidelines, CDC guidance and state and local orders.

· In addition, the show will air five additional original episodes the week of Sept. 14 as a countdown for the season two launch on Sept. 21.

· "The Kelly Clarkson Show" launched on Sept. 9, 2019 and stayed in original episodes all summer. The summer installment of the talk show was filmed at Clarkson's ranch in Montana and from her home in Los Angeles. Viewers got a behind the scenes glimpse of what life is like in quarantine for Clarkson as a fellow parent working from home. Every episode featured the show's popular Kellyoke segment, virtual interviews with a mix of celebrities and everyday people, plus a dedicated segment to help amplify underserved voices.

· In its first year on the air, "The Kelly Clarkson Show" received three Daytime Emmy wins, more than any other talk show this year. Clarkson was named Outstanding Entertainment Talk Show Host.

· "The Kelly Clarkson Show" is the most watched new talk show in seven years, averaging more than 1.6 million viewers daily. The critically acclaimed, award-winning show became the #4 talk show in syndication behind daytime shows that have been on the air for decades, delivering the youngest audience among the Top 4.

· "The Kelly Clarkson Show" airs weekdays in 100% of the country on more than 200 stations.

· "The Kelly Clarkson Show" is the uplifting daytime destination for humor, heart and connection featuring Emmy-winning talk show host, Grammy-winning artist and America's original idol, Kelly Clarkson. Her "weekday hang" includes live performances, games and her unfiltered perspective on life, relationships, parenting, kids and things that make her laugh her along the way.

How do you feel about this latest The Kelly Clarkson Show news? Share your thoughts with us in the comments below and don’t forget to stay tuned for all the renew/cancel 2021-2022 and beyond news!