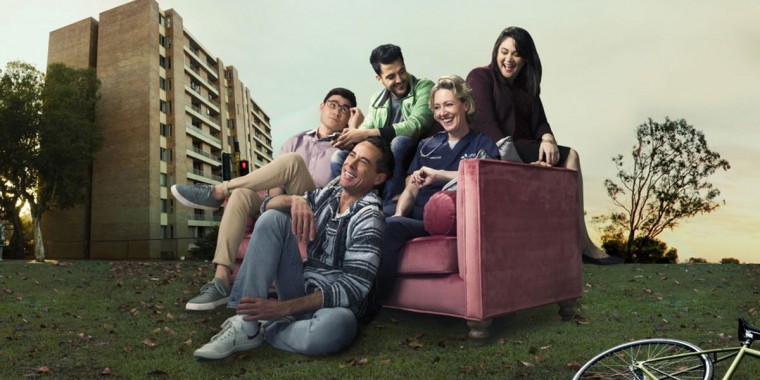 BBC One acquires hit Australian drama The Heights for daytime

BBC One has acquired the first two series of the critically-acclaimed Australian serial drama The Heights, with the first series confirmed to begin in a daytime slot on 15 June and the second series coming later this year.

Produced by NBCUniversal International Studios’ Matchbox Pictures, in association with For Pete’s Sake Productions, The Heights explores the relationships, work and hurdles faced by six families living in a tower block in a rapidly gentrifying inner-city district.

Carla-Maria Lawson, Head of BBC Daytime and Early Peak, says: “This slice of life from the melting pot that is urban Australia is loaded with humour and drama and quickly draws you into the very diverse lives of its characters. Daytime viewers love drama with compelling story telling at its heart and The Heights does that brilliantly.”

Alastair McKinnon, Managing Director, Matchbox Pictures, adds: “Australian viewers have taken the diverse mix of families living in Arcadia Heights to their hearts and we are enormously proud of the show. With British viewers’ undoubted enthusiasm for Australian soap operas, we feel very excited about the potential for The Heights on BBC One.”

The show was developed and produced with the assistance of the ABC, in association with Screenwest, Screen Australia, Lotterywest and NBCUniversal International Studios, which is a part of NBCUniversal Content Studios. The Heights is produced in Perth and is distributed internationally by NBCUniversal Global Distribution.

It was acquired for the BBC by Sue Deeks, Head of Programme Acquisition.

About The Heights TV Show

The show transports viewers into the inner-city neighbourhood of Arcadia Heights following an urban community trying to protect its way of life against the backdrop of the gentrification of its neighbourhood. It also features a medley of characters with different cultures and backgrounds from the tower community, who stick together when the chips are down.

How do you feel about this latest The Heights news? Share your thoughts with us in the comments below and don’t forget to stay tuned for all the renew/cancel 2021-2022 and beyond news!