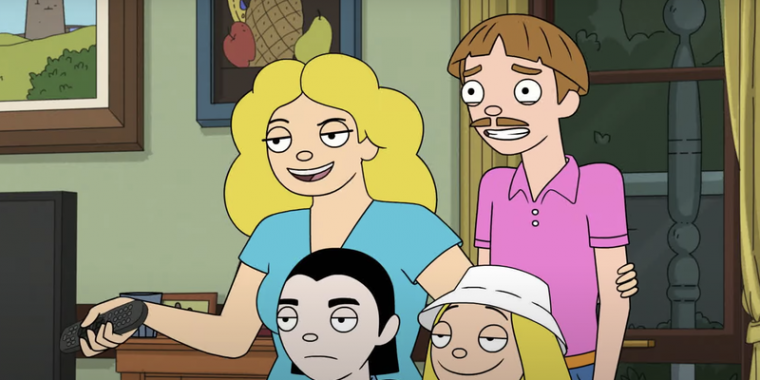 It’s one and done for The Harper House.

Paramount+ has cancelled the animated series after one low-rated season, having opted not to move forward with The Harper House Season 2.

The Harper House is cancelled.

I’ll always appreciate the show’s resilient crew and cast that came together during an unprecedented breakdown of normal life to make this family with me.

I’m grateful to everyone involved and to anyone who gave it a shot.

It’s time to get nuts

About The Harper House TV Show

THE HARPER HOUSE follows an overconfident female head-of-a-household as she struggles to regain a higher status for herself, and for her family of oddballs, after losing her job and moving from the rich side to the poor side of an Arkansas small town. To save money, they've moved into their inherited Victorian fixer upper, the historic Harper House.

"It's the big animated family show for the 21st century with a fun fallible lady up front and a neurotic husband at home," said Brad Neely. "Katie Krentz and I have been talking about this for years, and we know the folks at CBS Television Studios and CBS All Access get it. This will be crazy fun."

"Brad is an exceptional talent, who has translated his affection for his hometown into a rich, animated universe, with a family at the center that you instantly want to be a part of," said Julie McNamara. "We are thrilled to be bringing the Harpers to our subscribers as we continue to expand our animated original programming."

How do you feel about this latest The Harper House news? Share your thoughts with us in the comments below and don’t forget to stay tuned for all the renew/cancel 2021-2022 and beyond news!