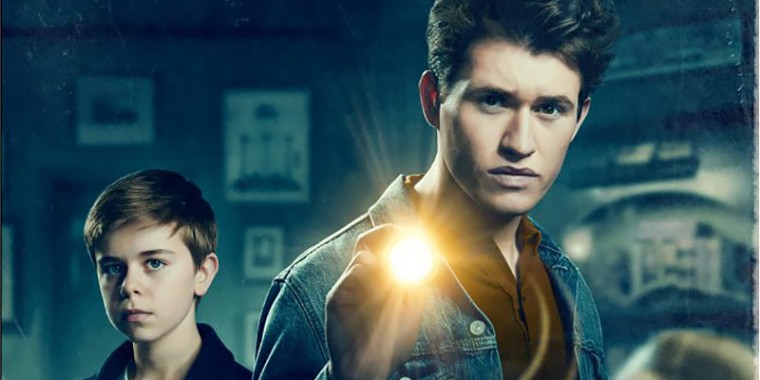 The Hardy Boys are just getting started.

Hulu and YTV have renewed the Canadian mystery drama for Season 2, Cancelled Soon TV has confirmed.

The Hardy Boys Season 2 is slated to premiere in 2022.

About The Hardy Boys TV Show

Second Season Will Return to Hulu in the U.S. and YTV in Canada in 2022

TORONTO, June 17, 2021 - Corus Entertainment's Nelvana, a world-leading international producer and distributor of children's animated and live-action content, together with Lambur Productions, have greenlit a second season of its hit mystery series The Hardy Boys (10x60min). Produced by Lambur Productions and Nelvana, in association with Corus Entertainment, the live-action series based on the beloved books by Franklin W. Dixon will start production in Toronto and Southern Ontario later this month. Following its success on Hulu in the U.S., The Hardy Boys' inaugural season garnered critical acclaim and established a devoted fan base, claiming the spot of #1 program this Spring on YTV* in Canada. Season 2 will premiere on Hulu in the U.S. and YTV in Canada in 2022.

"It's no mystery that The Hardy Boys has captured audiences of all ages around the world," said Pam Westman, President, Nelvana. "We are excited to work with Lambur, Hulu and Corus again on a new high-stakes case for the Hardy Boys gang, as they race against the clock to uncover the truth of a mysterious disappearance."

"It's such an honour to be given the opportunity to continue telling the story of Joe and Frank Hardy," said Joan Lambur, Executive Producer, Lambur Productions. "This season promises to provide suspense, action and heart to our audience. We can't wait to get started."

Picking up six months after the events of Season 1, the second season of The Hardy Boys finds Frank and Joe intertwined in yet another complicated mystery when a local Bridgeport teen goes missing and a duplicitous corporation moves into town.

Season 1 of The Hardy Boys is currently available to stream on Hulu in the U.S. and STACKTV in Canada through Amazon Prime Video Channels.

After a family tragedy strikes, Frank Hardy (Rohan Campbell), 16, and his brother Joe (Alexander Elliot), 12, are forced to move from the big city to their parent's hometown of Bridgeport for the summer. Staying with their Aunt Trudy (Bea Santos), Frank and Joe's quiet summer quickly comes to a halt when they discover their dad, detective Fenton Hardy (James Tupper) has taken on a secret investigation. Realizing that their Dad may be onto something the boys take it upon themselves to start an investigation of their own, and suddenly everyone in town is a suspect.

Wondering how your other Hulu, YTV shows are doing? Check out the Hulu, YTV 2021 TV scorecard page, where you can find the cancel/renew status of all Hulu, YTV TV shows!

How do you feel about this latest The Hardy Boys news? Share your thoughts with us in the comments below and don’t forget to stay tuned for all the renew/cancel 2021-2022 and beyond news!