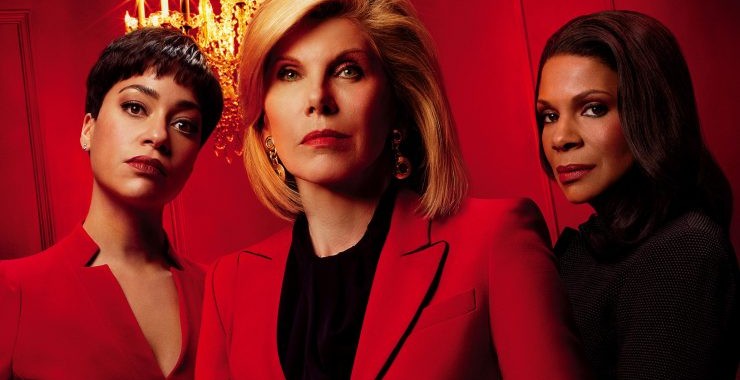 The First Four Episodes of Season Five of THE GOOD FIGHT Are Currently Available to Stream on Paramount+; New Episodes Drop Weekly on Thursdays

About The Good Fight TV Show

Paramount+, the streaming service from ViacomCBS, today announced that its critically acclaimed original series, THE GOOD FIGHT, was renewed for a sixth season. The first four episodes of season five of THE GOOD FIGHT are currently available to stream on Paramount+. New episodes of the 10-episode long fifth season drop weekly on Thursdays, exclusively for Paramount+ subscribers.

"THE GOOD FIGHT's provocative, whip smart, and no-holds-barred world remains as relevant as ever, continuing to entice new audiences as one of Paramount+'s top performing original series and acquisition drivers," said Nicole Clemens, President, Paramount+ Original Scripted Series. "We are thrilled to continue THE GOOD FIGHT's enduring legacy with a sixth season and can't wait to see what the brilliant minds behind the series, Robert and Michelle King, tackle next."

In the fifth season, Diane (Christine Baranski) is forced to question whether it's appropriate for her to help run an African American law firm with Liz (Audra McDonald) when the firm loses two top lawyers. Meanwhile, Marissa (Sarah Steele) and the firm become entangled with Hal Wackner (Mandy Patinkin), a regular Chicagoan who decides to open his own courtroom in the back of a copy shop.

How do you feel about this latest The Good Fight news? Share your thoughts with us in the comments below and don’t forget to stay tuned for all the renew/cancel 2021-2022 and beyond news!