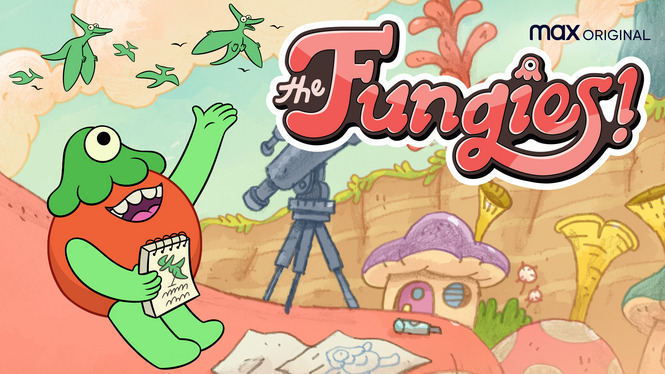 About The Fungies! TV Show

Seth is back! Watch Seth and his fungitown family take on tons of exciting adventures. Stream new episodes of The Fungies on December 16th on HBO Max!

A prehistoric comedy, The Fungies! explores Fungietown through the whimsical quests of Seth, a young student at Fungietown Elementary. Seth loves science and sharing his exciting discoveries with all his Fungie friends. But in his search for the ultimate scientific adventure, Seth often stirs up trouble for Fungietown’s colorful inhabitants leading to hilarious and heartwarming surprises.

An incredible line-up of original programming also arrives this June, including the documentary feature "LFG," a no-holds-barred, inside account of the U.S. women's national soccer team's ongoing fight for equal pay, and the second season premiere of "Betty," following five young women on journeys of self discovery based on creator Crystal Moselle's 2018 Sundance hit "Skate Kitchen." The season 1 part 2 premiere of "Genera+ion," documentary "Revolution Rent," season four of "Summer Camp Island," the second seasons of "The Fungies" and "Full Bloom," the competition series hosted by celebrity florist Simon Lycett, and "Starstruck," premiere in the month as well. The season finale of the acclaimed new comedy "Hacks," starring Jean Smart will air this June along with the second season finale of the Ballroom competition series "Legendary."

How do you feel about this latest The Fungies! news? Share your thoughts with us in the comments below and don’t forget to stay tuned for all the renew/cancel 2021-2022 and beyond news!