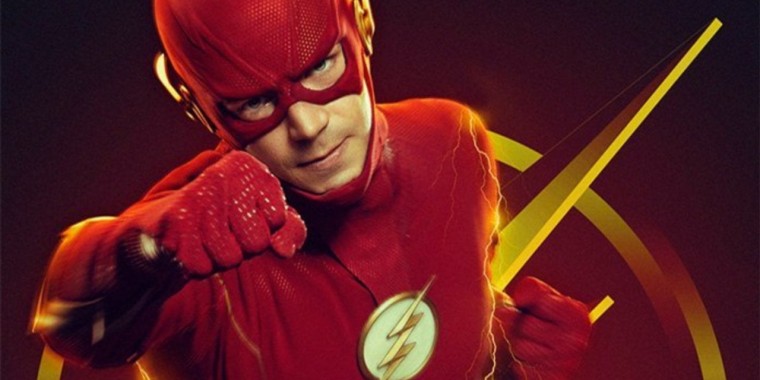 In SUPERMAN & LOIS, after years of facing megalomaniacal supervillains, monsters wreaking havoc on Metropolis, and alien invaders intent on wiping out the human race, the world’s most famous superhero, The Man of Steel aka Clark Kent (Tyler Hoechlin, “Teen Wolf”) and comic books’ most famous journalist, Lois Lane (Elizabeth Tulloch, “Grimm”), come face-to-face with one of their greatest challenges ever – dealing with all the stress, pressures and complexities that come with being working parents in today’s society. Complicating the already daunting job of raising two boys, Clark and Lois must also concern themselves with whether or not their sons Jonathan (Jordan Elsass, “Little Fires Everywhere”) and Jordan (Alexander Garfin, “The Peanuts Movie”) could inherit their father’s Kryptonian superpowers as they grow older. Returning to Smallville to handle some Kent family business, Clark and Lois are reacquainted with Lana Lang (Emmanuelle Chriqui, “Entourage”), a local loan officer who also happens to be Clark’s first love, and her Fire Chief husband Kyle Cushing (Erik Valdez, “Graceland”). The adults aren’t the only ones rediscovering old friendships in Smallville as the Kent sons are reacquainted with Lana and Kyle’s rebellious daughter, Sarah (Inde Navarrette, “Wander Darkly”). Of course, there’s never a dull moment in the life of a superhero, especially with Lois’ father, General Samuel Lane (Dylan Walsh, “Nip/Tuck”) looking for Superman to vanquish a villain or save the day at a moment’s notice. Meanwhile, Superman and Lois’ return to idyllic Smallville is set to be upended when a mysterious stranger (Wolé Parks, “All American”) enters their lives. Based on the characters from DC created by Jerry Siegel and Joe Shuster, SUPERMAN & LOIS is written and executive produced by Todd Helbing (“The Flash”) and executive produced by Greg Berlanti, Sarah Schechter, Geoff Johns. The series is from Berlanti Productions in association with Warner Bros. Television.

Immediately following the series premiere of SUPERMAN & LOIS, The CW takes fan behind the scenes with the brand new special SUPERMAN & LOIS: LEGACY OF HOPE, with sneak peeks and interviews from the cast of the new series, plus special guests discussing the legacy of the Man of Steel.

About The Flash TV Show

Barry Allen (Grant Gustin) lived a normal life as a perpetually tardy C.S.I. in the Central City Police Department. Barry’s life changed forever when the S.T.A.R. Labs Particle Accelerator exploded, creating a dark-matter lightning storm that struck Barry, bestowing him with super-speed and making him the fastest man alive — The Flash. After thinking he and his wife Iris West-Allen (Candice Patton) could finally enjoy being newlyweds, they discover their future daughter Nora West-Allen (Jessica Parker Kennedy), who is a speedster known as XS, travelled back in time to heroically fight by her father’s side and stop the one villain The Flash is destined to never defeat, the meta-serial killer Cicada (Chris Klein). The Flash and XS rely on the help of Team Flash, which includes super heroes Caitlin Snow (Danielle Panabaker), Cisco Ramon (Carlos Valdes), Ralph Dibny (Hartley Sawyer), master-detective Sherloque Wells (Tom Cavanagh) and The Flash’s adoptive father Joe West (Jesse L. Martin) and his girlfriend Cecile Horton (Danielle Nicolet) to finally stop Cicada, save The Flash’s legacy, and discover the truth about the evil mastermind who’s pulling manipulative strings through time. Based on the characters from DC, THE FLASH is from Bonanza Productions Inc. in association with Berlanti Productions and Warner Bros. Television, with executive producers Greg Berlanti (“Arrow,” “Supergirl,” “Riverdale”), Eric Wallace (“Teen Wolf”) and Sarah Schechter (“Arrow,” “Supergirl,” “Riverdale”).

Barry Allen was just 11 years old when his mother was killed in a bizarre and terrifying incident and his father was falsely convicted of the murder. With his life changed forever by the tragedy, Barry was taken in and raised by Detective Joe West, the father of Barry’s best friend, Iris. Now, Barry has become a brilliant, driven and endearingly geeky CSI investigator, whose determination to uncover the truth about his mother’s strange death leads him to follow up on every unexplained urban legend and scientific advancement that comes along.

Barry’s latest obsession is a cutting edge particle accelerator, created by visionary physicist Harrison Wells and his S.T.A.R. Labs team, who claim that this invention will bring about unimaginable advancements in power and medicine. However, something goes horribly wrong during the public unveiling, and when the devastating explosion causes a freak storm, many lives are lost and Barry is struck by lightning. After nine months in a coma, Barry awakens to find his life has changed once again – the accident has given him the power of super speed, granting him the ability to move through Central City like an unseen guardian angel.

Barry has always had the heart of a hero and now he has the legs to match, but he quickly learns that being a superhero is not as easy as it seems -- and he can’t do it alone. While Barry struggles to understand his new abilities, the people around him also have to adjust to a new reality. Joe West, Barry’s surrogate father, is coming to grips with the fact that the world of the extraordinary actually does exist. Joe thought he understood what it meant to chase criminals, but now he’s facing opponents who can do more than just rob a bank, they can control the weather. Though he knows this remarkable turn of events is Barry’s destiny, every time Barry faces danger, Joe is terrified for his surrogate son.

While Joe worries about Barry, Barry worries about Joe’s daughter Iris, and how his new life as The Flash will change their relationship. Iris and Barry grew up together, and she has always believed in Barry’s conviction that unknown forces were at work the night his mother was killed. Barry has kept his romantic feelings for Iris hidden, and now feels he must protect her by keeping his new identity a secret as well. And Iris has a secret of her own -- she has been dating her father’s partner, Detective Eddie Thawne, who is such a good guy, even Barry finds it hard to hate him. Still, there is tension between Barry and Thawne, who is jealous of Iris’ newfound fascination with The Flash and is determined to unmask him. Barry realizes that keeping the secret of his new identity separates him from Iris, even as her growing obsession with uncovering the truth brings her ever closer to The Flash.

Barry has found another kind of surrogate family in the team at Harrison Wells’ S.T.A.R. Labs. Wells himself is quickly becoming a second father figure to Barry, who learned about morality and justice from Joe, and is now learning about science and technology from Wells. Wells’ ultimate agenda remains somewhat mysterious, but Barry is excited by the grander worldview that has been opened for him, and the friendship he’s building with S.T.A.R. lab team members Caitlin Snow and Cisco Ramon.
For Caitlin, who lost her fiancé in the catastrophic explosion, working with Barry is providing a much-needed sense of purpose and a way to deal with her grief. Caitlin’s excitement at seeing Barry learn to use his new power is balanced by her growing concern for his safety – she and Cisco have both learned that accidents have devastating consequences. Cisco was a close friend of Caitlin’s fiancé and secretly blames himself for the tragedy. A mechanical genius who comes up with amazing gadgets that help Barry control his speed, Cisco is happy to suddenly have a new project – and a new friend – in Barry.

While he struggles to combine these two very different groups of people into a crime-fighting unit, Barry is still excited every day by his newfound powers. He is also shocked to discover he is not the only “meta-human” created in the wake of the accelerator explosion – and not everyone is using the new powers for good. In the months since the accident, the city has seen a sharp increase in missing people, unexplained deaths and other strange phenomena. Barry now has a renewed purpose – using his gift of speed to protect the innocent, while never giving up on his quest to solve his mother’s murder and clear his father’s name. For now, only a few close friends and associates know that Barry is literally the fastest man alive, but it won’t be long before the world learns what Barry Allen has become…The Flash..

How do you feel about this latest The Flash news? Share your thoughts with us in the comments below and don’t forget to stay tuned for all the renew/cancel 2021-2022 and beyond news!