Home | Renewed | The Expanse Renewed For Season 6 By Amazon! 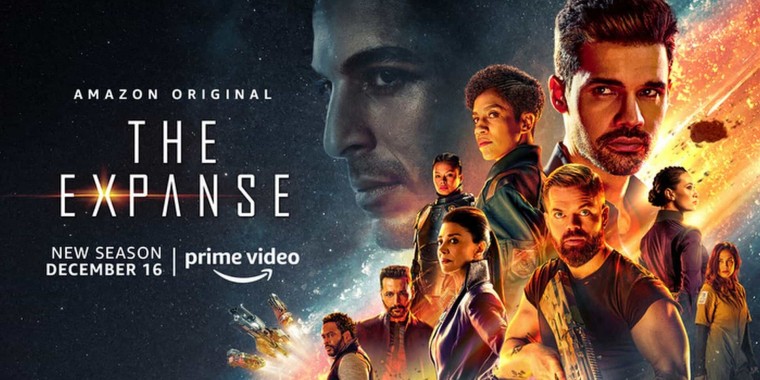 The Expanse continues to expand.

Amazon has quietly renewed the space drama for a sixth season, ahead of its upcoming fifth season, sources confirm to Cancelled Soon TV.

About The Expanse TV Show

The Expanse is set in the future where humanity has colonized the solar system and the people of Earth, Mars and the Asteroid Belt have long been in opposition with one another. When the crew of the Rocinante uncovers an ancient alien technology, a vast conspiracy begins to emerge, one that will bring the solar system to the brink of war.

The Expanse is a high-action, sci-fi adventure that explores the depth of humanity against the far-spanning reaches of the known universe. The series is rooted in science and fiction while remaining a thorough and thoughtful examination of some of the most vital societal issues of our day.

The Expanse series was picked up by Amazon Prime Video in 2018 for a fourth season, which released globally as an Amazon Original Series in December 2019. The much anticipated fifth season of The Expanse will debut beginning December 16th, 2020 with three episodes and will continue to debut one episode weekly through February 3, 2021.

Hundreds of years in the future, humans have colonized the solar system. The U.N. controls Earth. Mars is an independent military power. The planets rely on the resources of the Asteroid Belt, where air and water are more precious than gold. For decades, tensions have been rising between these three places. Earth, Mars and the Belt are now on the brink of war. And all it will take is a single spark.

How do you feel about this latest The Expanse news? Share your thoughts with us in the comments below and don’t forget to stay tuned for all the renew/cancel 2021-2022 and beyond news!