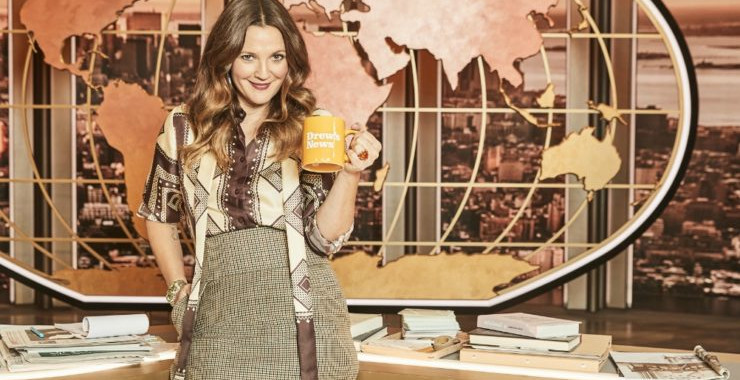 The Drew Barrymore Show goes on.

The syndicated daytime series has been renewed for Season 3, Cancelled Soon TV can confirm, keeping it running through the 2022-2023 season.

The syndicated daytime series "The Drew Barrymore Show" has been renewed through the 2022-2023 season, it was announced today by Steve LoCascio, President of CBS Media Ventures. Stations owned by CBS, Sinclair, Nexstar, Gray, Scripps, Tegna and Weigel were among those signing on for another season.

"I am honored and grateful but I also want to take this show higher and continue to innovate and be a game changer in the daytime space," said Barrymore. "Rising to the occasion of finding people in the diverse way they watch is what I want to challenge myself with. Our show wants to be a bright spot not a blind spot and we just want to make people feel good. And I thank all the people who helped us get here."

As part of a new CBS plan to reimagine a traditional daytime format, CMV will produce and distribute "The Drew Barrymore Show" as two half-hour episodes that can seamlessly run together back-to-back or be split apart to air separately.

CBS Stations will embrace this opportunity to innovate by launching new half-hour local newscasts from 9:00-9:30 AM on most of its CBS Television Network stations that will serve as lead-ins to the first half-hour of "The Drew Barrymore Show," announced Wendy McMahon, President and Co-Head of CBS News and Stations. CBS Stations will also have the flexibility to air both half-hours of "Drew" on its duopoly stations in markets where the Company owns two stations.

"Stations have always had a finite amount of shelf space, so we're evolving the syndication model to meet the needs of our partners," LoCascio said. "We could not be happier to continue our relationship with CBS Stations and our other station partners to deliver more of 'The Drew Barrymore Show' through this innovative new idea. From Drew's unique take on everyday news to headline-generating celebrity interviews to lifestyle how-tos, Drew is a force of nature who has brought a fresh optimistic viewpoint to daytime television. We love having her as part of the CBS family."

"We love the idea of creating a seamless flow of exquisite storytelling from the final hour of CBS MORNINGS to a new half-hour of local news on our CBS Stations as we lead into the distinctive approach to the topics of the day and breath of fresh air that Drew Barrymore provides," McMahon said. "We very much appreciate our CBS Media Ventures colleagues' willingness to help us reimagine how we schedule programming on our stations. This collaboration allows us to embrace the opportunity for the growing demand for local news in the communities we serve while also continuing to support a show that is delivering its strongest quarterly performance to date on our stations and is a cherished programming asset for our Company."

The launch of local 9:00 AM newscasts on Company-owned CBS stations represents another example of CBS News and Stations' commitment to expanding local news programming across its stations. In January, CBS News and Stations announced the creation of a local news innovation lab in Dallas-Fort Worth that will support the launch and production of hybrid, local-to-national multiplatform newscasts for several of the Company's CW and independent stations.

"The Drew Barrymore Show" is optimism TV, bringing information, inspiration, and entertainment to the daytime audience. The nationally syndicated daytime show is produced and distributed by CBS Media Ventures and shot in New York City. Known world-wide for her infectious brand of humor and positivity, host Drew Barrymore shares her undeniably relatable point of view on the show while celebrating every part of humanity along the way. Drew's creating a movement to march in the army of optimism with a multi-topic format. She elevates, inspires and entertains in every area and in every segment from human interest stories to happy news to lifestyle segments and celebrity guests. Drew Barrymore, Jason Kurtz and Chris Miller are executive producers.

How do you feel about this latest The Drew Barrymore Show news? Share your thoughts with us in the comments below and don’t forget to stay tuned for all the renew/cancel 2021-2022 and beyond news!