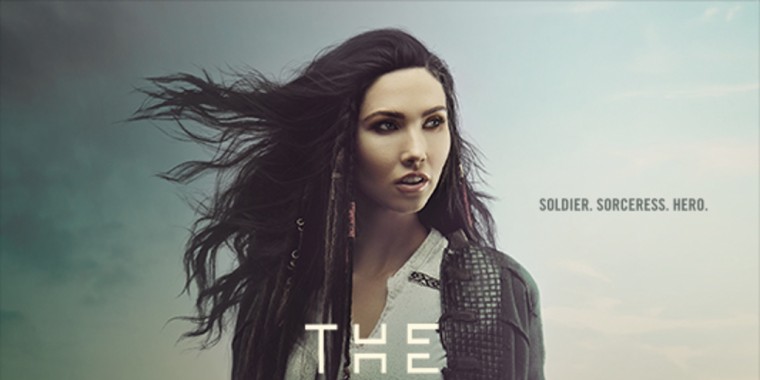 Updated Premiere Date for Legal Drama “Burden of Truth” As It Returns for its Final Season Now on Friday, July 30 at 8:00pm

May 10, 2021 (Burbank, CA) – The CW Network announced today that it is adding the return of THE OUTPOST to its summer schedule and shifting some of its previously announced premieres, including new dates for BURDEN OF TRUTH and CORONER.

THE OUTPOST joins The CW’s supersized summer of original programming, including the previously announced series premieres of THE REPUBLIC OF SARAH and WELLINGTON PARANORMAL as well as the returns of DC’S STARGIRL, DEAD PIXELS, IN THE DARK, CORONER, ROSWELL, NEW MEXICO, RIVERDALE, SUPERGIRL and BURDEN OF TRUTH. The season premiere for MASTERS OF ILLUSION, previously announced to air this summer, will be announced at a later date.

The investigative procedural CORONER, starring Serinda Swan, will now make its season three debut on The CW on Thursday, August 19 (8:00-9:00pm ET/PT), followed by an original episode of THE OUTPOST (9:00-10:00pm ET/PT).

Every episode from the current season of BATWOMAN, DC’S STARGIRL, KUNG FU, NANCY DREW, THE REPUBLIC OF SARAH, SUPERMAN & LOIS and WALKER as well as BURDEN OF TRUTH, CORONER, DEAD PIXELS, MASTERS OF ILLUSION, PENN & TELLER: FOOL US, WELLINGTON PARANORMAL, WHOSE LINE IS IT ANYWAY? and WORLD’S FUNNIEST ANIMALS will be available to stream on The CW’s free digital platforms (The CW app and CWTV.com) following its broadcast on The CW Network.

Below, please find The CW’s complete calendar for its Summer 2021 schedule including new series and returning season premieres and key revised dates. All times ET/PT:

About The Outpost TV Show

All new episodes of "The Outpost" air on Thursdays at 9pm on The CW.

The Outpost follows Talon (Jessica Green, "Ash vs Evil Dead"), the lone survivor of a race called "Blackbloods." Years after her entire village is destroyed by a gang of brutal mercenaries, Talon travels to a lawless fortress on the edge of the civilized world, as she tracks the killers of her family. On her journey to this outpost, Talon discovers she possesses a mysterious supernatural power that she must learn to control in order to save herself, and defend the world against a fanatical religious dictator.

The fantasy-adventure series The Outpost, starring Jessica Green, also returns for its second season on *Thursday, July 11 (9:00-10:00pm ET/PT)*. Havingdefeated Dred and retaken the Outpost, Talon (Jessica Green) and Gwynn prepare for war. Talon delves deeper into demon summoning, while Gwynn (Imogen Waterhouse) recruits allies. The Prime Order trinity known as “The Three” reveal mysterious powers as they send spies, assassins, and a devastating weapon to the Outpost. As Talon uncovers the legacy of her people, she must decide who to trust, and separate her real friends from her enemies before the Prime Order attacks. Executive produced by Dean Devlin and Jonathan Glassner, *THE OUTPOST* is also executive produced by Electric Entertainment’s team of Marc Roskin and Rachel Olschan-Wilson and by Arrowstorm Entertainment’s team of Jason Faller and Kynan Griffin, who created the series. Jennifer Griffin of Arrowstorm Entertainment and Jonathan English of Balkanic Media are also producing.

How do you feel about this latest The Outpost news? Share your thoughts with us in the comments below and don’t forget to stay tuned for all the renew/cancel 2021-2022 and beyond news!