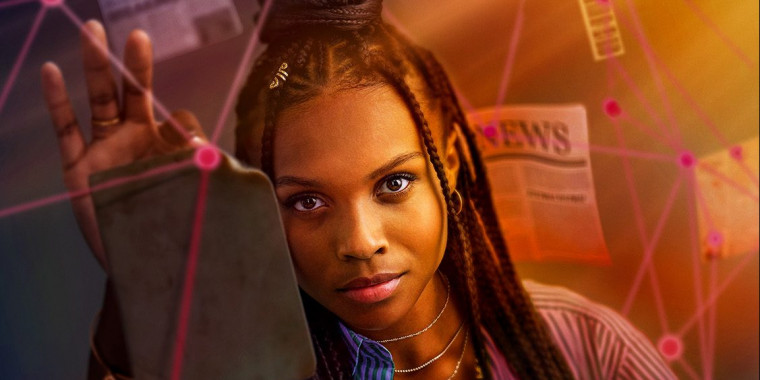 The CW has cancelled Naomi, 4400, Charmed, Dynasty, Legacies, along with Roswell, New Mexico and In the Dark, with the latter pair launching their now final seasons on June 6, 2022.

NAOMI (9:00-10:00pm ET/PT). From Oscar(R) nominee/Emmy(R) winner Ava DuVernay and Jill Blankenship ("Arrow"), and starring Kaci Walfall ("Army Wives," "Power," "The Lion King" on Broadway) in the title role, NAOMI follows the journey of a cool, confident, comic book-loving teenager as she pursues her hidden destiny. When a supernatural event shakes her small hometown of Port Oswego, Naomi sets out to uncover its origins, with a little help from her fiercely loyal best friend Annabelle (Mary-Charles Jones, "Kevin Can Wait"). She also has the support of her adoptive, doting parents, veteran military officer Greg (Barry Watson, "7th Heaven," "The Loudest Voice") and linguist Jennifer (Mouzam Makkar, "The Fix"). After an encounter with Zumbado (Cranston Johnson, "Filthy Rich"), the mysterious owner of a used car lot, leaves her shaken, Naomi turns to tattoo shop owner Dee (Alexander Wraith, "Orange Is the New Black"), who becomes her reluctant mentor. While unraveling the mystery of herself, Naomi also navigates her high school friendships with both military kids and local townies, including ex-boyfriend and high school jock Nathan (Daniel Puig, "The System"); Annabelle's longtime, loyal boyfriend Jacob (Aidan Gemme, "Deliver Us From Evil"); proud "townie" Anthony (Will Meyers, "Bad Education"); and fellow comic book enthusiast Lourdes (newcomer Camila Moreno). As Naomi journeys to the heights of the Multiverse in search of answers, what she discovers will challenge everything we believe about our heroes. Based on the characters from DC, NAOMI is written and executive produced by Ava DuVernay and Jill Blankenship, and executive produced by Paul Garnes of ARRAY Filmworks. Amanda Marsalis ("Echo Park," "Queen Sugar") directed and co-executive produced the pilot episode. The series is from ARRAY Filmworks in association with Warner Bros. Television.

How do you feel about this latest Naomi news? Share your thoughts with us in the comments below and don’t forget to stay tuned for all the renew/cancel 2021-2022 and beyond news!