Home | Renewed | The Circus Renewed For Season 6 By Showtime! 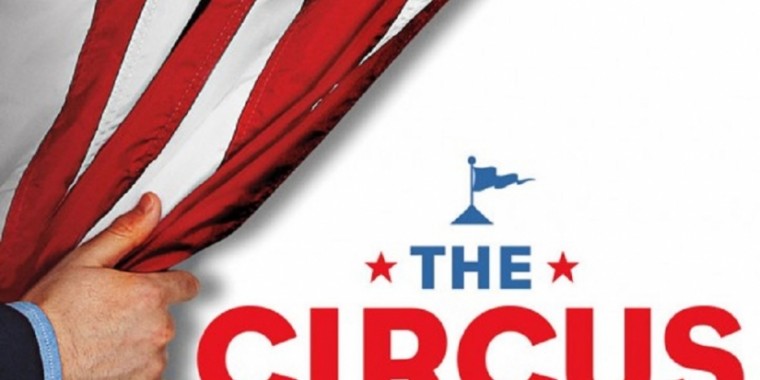 THE CIRCUS: INSIDE THE GREATEST POLITICAL SHOW ON EARTH returns for its sixth season on Sunday, January 10th at 8 p.m. ET/PT on SHOWTIME just ahead of the crucial Georgia run-off elections that will determine control of the U.S. Senate.

About The Circus: Inside the Greatest Political Show on Earth TV Show

THE CIRCUS will hit the ground running in March, covering the lead-up to the most consequential midterm elections in our lifetime. As President Joe Biden's agenda stalls, his poll numbers slide, inflation spikes and the nation grows ever more divided over the Covid-19 pandemic, the November midterms will not only determine control of Congress but the future of the Biden presidency. The program will also pull back the curtain on this extraordinary and precarious moment, examining how former President Donald Trump continues to undermine the country's electoral process, and as the Republican Party, under his sway, passes laws in state after state restricting voter access to the polls and changing how votes are counted. As THE CIRCUS returns, nothing short of the future of American democracy is on the line.

John Heilemann is a co-founder of Recount Media and executive editor of The Recount - a start-up reinventing video news coverage of politics, business, technology and culture for social and streaming platforms - and the host of its Hell & High Water podcast. Heilemann is national affairs analyst for NBC News and MSNBC, where he appears regularly on Morning Joe, Deadline: White House and The Last Word, and the co-author of the No. 1 New York Times bestsellers Game Change and Double Down, on the 2008 and 2012 presidential elections, respectively. Game Change was adapted into a movie of the same name, which won five Emmy Awards and a Peabody Award.

Mark McKinnon is a political strategist, reform advocate, media columnist and television producer. He was the chief media adviser to five successful presidential primary and general election campaigns and is cofounder of No Labels, an organization dedicated to bipartisanship, civil dialogue and political problem solving. McKinnon has worked for many causes, companies and candidates, including President George W. Bush, Senator John McCain, Texas Governor Ann Richards and Bono.

Alex Wagner is a contributing editor at The Atlantic. She is also the author of Futureface: A Family Mystery, an Epic Quest and the Secret To Belonging, which examines questions about American identity and immigration in the 21st century. Previously, Wagner hosted the Emmy nominated MSNBC political affairs program NOW with Alex Wagner. Before joining MSNBC, she was a reporter with the Huffington Post, investigating the intersection of business, politics and new technology. Prior to this, she served as the White House correspondent for Politics Daily and Editor-in-Chief of the award-winning FADER magazine.

How do you feel about this latest The Circus: Inside the Greatest Political Show on Earth news? Share your thoughts with us in the comments below and don’t forget to stay tuned for all the renew/cancel 2021-2022 and beyond news!