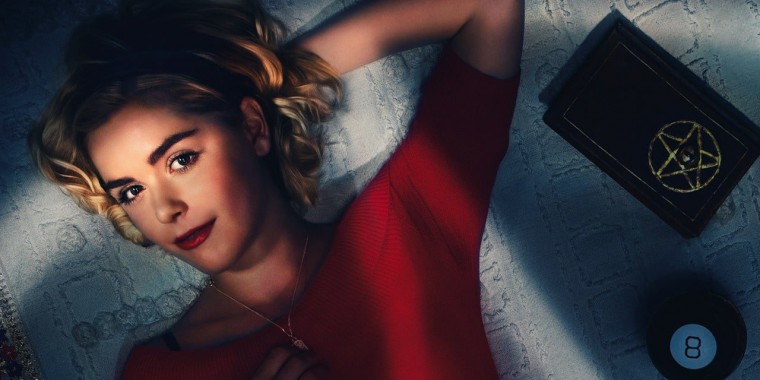 Sabrina’s chilling adventures are coming to an early end.

Netflix has cancelled the Riverdale spinoff ahead of its previously-announced fourth season, which will now serve as the last in the show’s run.

Sources confirm to Cancelled Soon TV that The Chilling Adventures of Sabrina Season 5 will not happen.

“Working on Chilling Adventures of Sabrina has been an incredible honor from day one. The cast, beginning with Kiernan as everyone’s favorite teen witch, has been an absolute joy. I am beyond thankful to the crew, writers, editors, assistants, and everyone for pouring so much love into this dark dream of a show. I’m also grateful to our partners at Netflix, Warner Bros., Berlanti Television and Archie Comics for letting us tell the story we wanted to tell, the way we wanted to tell it. We can’t wait for everyone to see part four.”

The Chilling Adventures of Sabrina joins fellow Riverdale spinoff Katy Keene on the list of TV shows cancelled in 2020.

About The Chilling Adventures of Sabrina TV Show

Chilling Adventures of Sabrina imagines the origin and adventures of Sabrina the Teenage Witch as a dark coming-of-age story that traffics in horror, the occult and, of course, witchcraft. Tonally in the vein of Rosemary's Baby and The Exorcist, this adaptation finds Sabrina wrestling to reconcile her dual nature - half-witch, half-mortal - while standing against the evil forces that threaten her, her family and the daylight world humans inhabit.

Part Three finds Sabrina reeling from the harrowing events of Part Two. Though she defeated her father Lucifer, the Dark Lord remains trapped within the human prison of her beloved boyfriend, Nicholas Scratch. Sabrina can’t live with herself, knowing that Nick made the ultimate sacrifice and is suffering, burning in Hell under Madam Satan’s watchful eye. So with an assist from her mortal friends, “The Fright Club” (consisting of Harvey, Rosalind, and Theo), Sabrina makes it her mission to free him from eternal damnation and bring him back into her arms. However, the Dark Lord’s unseating has sent shockwaves through the realms—and, with no one on the throne, Sabrina must assume the title of “Queen” to defend it against a challenger, the handsome Prince of Hell Caliban. Meanwhile, in Greendale, a mysterious carnival rolls into town, bringing with it a threat to the Spellmans and the coven: A tribe of pagans looking to resurrect an ancient evil…

Her name is Sabrina Spellman, and she'll never sign it away. The final chapter of Chilling Adventures of Sabrina premieres December 31, only on Netflix.

How do you feel about this latest The Chilling Adventures of Sabrina news? Share your thoughts with us in the comments below and don’t forget to stay tuned for all the renew/cancel 2021-2022 and beyond news!