Home | The Chi | The Chi Renewed For Season 4 By Showtime! 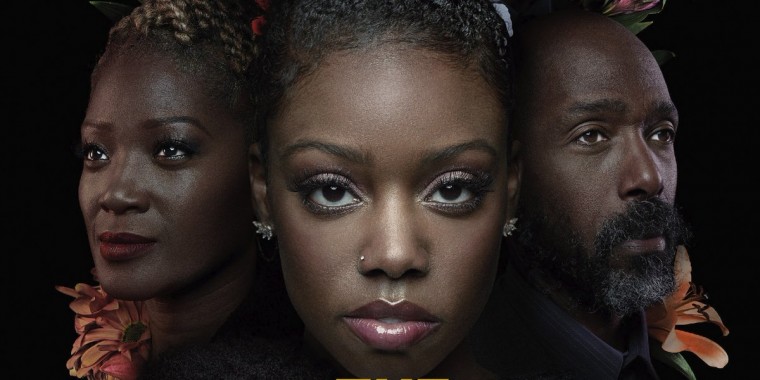 SHOWTIME has picked up the hit drama series THE CHI for a fourth season. Created and executive produced by Emmy(R) winner Lena Waithe (Twenties, Boomerang) and executive produced by Academy Award(R), Emmy and Golden Globe(R) winner Common (Selma), THE CHI is a timely coming-of-age story centering on a group of residents on the South Side of Chicago who become linked by coincidence but bonded by the need for connection and redemption. Season three cast included Ntare Guma Mbaho Mwine (Queen of Katwe), Jacob Latimore (Sleight), Alex Hibbert (Moonlight), Yolonda Ross (Treme), Shamon Brown Jr., Michael V. Epps and Birgundi Baker (Station 19). Justin Hillian (Snowfall) will return as showrunner and executive producer for the fourth season. THE CHI is produced by Touchstone Television (HOMELAND). Season three of THE CHI was up double-digits across platforms over last season and doubled its audience on streaming platforms.

“Each season, THE CHI’s authentic storytelling resonates more deeply with its devoted and growing audiences,” said Gary Levine, President of Entertainment, Showtime Networks Inc. “Lena Waithe together with Justin Hillian explore the joys and the heartbreak of life on the South Side in a way that is unique on television, and we relish the prospect of continuing that exploration with them.”

“This show has definitely taken me on a journey,” said Waithe. “One of learning, healing, and growth. I didn’t know how this season would be received, but the level of engagement and enthusiasm from the fans has been fantastic. I still can’t believe our numbers are up by double digits! THE CHI is a team effort, and I’m grateful to continue this journey with such an amazing group of people.”

Produced entirely in its namesake city, season three of THE CHI found Kevin (Hibbert), Kiesha (Baker) and their newlywed mothers Nina (Tyla Abercrumbie) and Dre (Miriam A. Hyman) as they underwent a seismic shift in their blended family when Kiesha goes missing. Emmett (Latimore) grappled with the loss of his business partner as he struggled to mature into a full-fledged businessman and family man with girlfriend Tiff (Hannaha Hall). Jada (Ross) had her sights set on her own next chapter with a budding romance. A fledgling Ronnie (Mwine) was unsure of his life’s purpose but hoped it wasn’t too late to transform himself. Jake (Epps) found himself in a tug-of-war when his estranged brother Trig (Luke James) and girlfriend Imani (Jasmine Davis) arrived back in town to extricate Jake from his powerful new father-figure, Douda (Curtiss Cook). Meanwhile, Papa (Brown Jr.) found love in an unlikely place with former rival Maisha (Genesis Denise Hale). Season three guest stars included series creator Waithe, two-time Grammy(R) nominee James (Star, Little), Alani “La La” Anthony (Power), Lil Rel Howery (Get Out, Bird Box) and Kandi Burruss (The Real Housewives of Atlanta). In addition to Waithe, Common and Hillian, the hit drama series is also executive produced by Aaron Kaplan of Kapital Entertainment, Derek Dudley and Shelby Stone of Freedom Road Productions, Rick Famuyiwa and Jet Wilkinson.

About The Chi TV Show

SHOWTIME has picked up the hit drama series THE CHI for a fifth season. Created and executive produced by Emmy(R) winner Lena Waithe (Twenties, Boomerang) and executive produced by Academy Award(R), Emmy and Golden Globe(R) winner Common (Selma), THE CHI is a timely coming-of-age story centering on a group of residents on the South Side of Chicago who become linked by coincidence but bonded by the need for connection and redemption. The fourth season, which just aired its finale last night, is averaging 4.2 million weekly viewers and is on pace to become the most-streamed SHOWTIME series ever. The fifth season will return to the network in 2022.

Season four of THE CHI spotlights the benefits and challenges of community policing on the South Side after Jake (Michael V. Epps) has a fateful run-in with a group of officers. Newlyweds Emmett (Jacob Latimore) and Tiff (guest star Hannaha Hall) deal with the repercussions from his affair with Dom (guest star La La Anthony) by exploring open marriage. Kiesha (Birgundi Baker) grapple with her pregnancy, while Jada (Yolonda Ross) bravely faces a health crisis. The relationship between Kevin (Alex Hibbert) and Jemma (guest star Judae'a Brown) takes a turn, and Papa (Shamon Brown Jr.) launches a new podcast venture. New mayor Douda (Curtiss Cook) harnesses his newfound power while navigating his complicated relationship with wife Roselyn (guest star Kandi Burruss). Meanwhile, Trig (Luke James) and Imani (guest star Jasmine Davis) are on a personal mission to help their community. Season four guest stars also include Tabitha Brown (Princess of the Row) as Octavia, a successful interior designer vying to adopt Kiesha's baby; Jason Weaver (Smart Guy, ATL) as Rashaad "Shaad" Marshall, an old friend of Trig's struggling to rebuild his life after being released from prison; Vic Mensa as Jamal, whose fight to get help for his family places him at odds with Trig and Tracy (guest star Tai Davis), who organize an underground community protection squad; and Da Brat as LaPorsha, a truck driver whose arrival in town impacts Nina (guest star Tyla Abercrumbie) and Dre's (guest star Miriam A. Hyman) strained relationship. Cook and James were upped to series regulars this season.

On Chicago's south side, an average day finds kids prepping for school as their parents head off to work, young adults trying to make a living, and the elders keeping an eye on things from their front porches. But in this tough neighborhood, real dangers threaten daily to squelch dreams, and the simplest decisions can have life or death consequences. From Emmy® winner Lena Waithe, The Chi is a timely coming-of-age drama series centered on a group of residents who become linked by coincidence but bonded by the need for connection and redemption.

Produced entirely in its namesake city, season two of THE CHI spotlights Brandon’s (Mitchell) ambitious plan for his food truck business. Emmett (Latimore) makes an effort to grow up and get custody of his son, while his mother Jada (Ross) discovers a new life of her own. Kevin (Hibbert) reckons with trauma as he strengthens bonds with his buddies. Ronnie (Mwine) attempts to reclaim his life, while Detective Cruz (Riesco) launches a new investigation. In addition to Waithe and Common, Ayanna Floyd Davis (Empire, Hannibal), Aaron Kaplan (Santa Clarita Diet, Divorce), Rick Famuyiwa (Dope), and Derek Dudley and Shelby Stone of Freedom Road Productions served as executive producers on season two. THE CHI is produced by Fox 21 Television Studios. To learn more about THE CHI, visit SHO.com and follow on Twitter, Facebook and Instagram. Join the conversation using #TheChi.

How do you feel about this latest The Chi news? Share your thoughts with us in the comments below and don’t forget to stay tuned for all the renew/cancel 2021-2022 and beyond news!