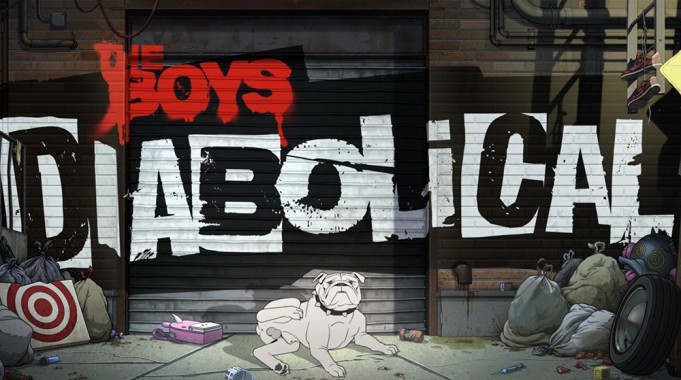 About The Boys: Diabolical TV Show

Today, Prime Video announced the eight-episode pickup of the animated anthology series Diabolical, set in the universe of the Emmy-nominated hit The Boys. Diabolical will premiere exclusively on Prime Video in more than 240 countries and territories worldwide in 2022. The upcoming series was announced via a special recorded message from The Boys star Karl Urban during Prime Video's block of virtual panels during CCXP Worlds 2021.

The Boys is based on The New York Times best-selling comic by Garth Ennis and Darick Robertson and was developed by executive producer and showrunner Eric Kripke.

"Surprise! We're almost finished with eight episodes of our animated series, Diabolical. We gathered together some incredible creators and we gave them one rule ... just kidding, there's no rules. They blew the doors off it, delivering eight completely unexpected, funny, shocking, gory, moist, emotional episodes. You think The Boys is nuts? Wait till you see this," says Diabolical executive producer Eric Kripke.

Executive producers and writers Seth Rogen and Evan Goldberg added, "Ever since we saw the animated film The Animatrix, a series of short animated films set in the universe of The Matrix, we've wanted to rip it off. Today that dream has come true."

"Expanding the universe of The Boys has been an amazing journey. Fans will get all-new stories, with all the fun and outrageous humor of The Boys that they know and love - plus some great surprises," said Vernon Sanders, head of television at Amazon Studios. "Eric, Seth, and Evan have assembled incredible talent to bring Diabolical to life, and we can't wait for our Prime Video customers to see this new, wild ride."

"Eric, Seth, and Evan continue to flip the superhero genre on its head, and Diabolical is another fun and disruptive example," said Jeff Frost, president, Sony Pictures Television Studios. "We are excited for audiences to experience The Boys universe in this new medium."

How do you feel about this latest The Boys: Diabolical news? Share your thoughts with us in the comments below and don’t forget to stay tuned for all the renew/cancel 2021-2022 and beyond news!