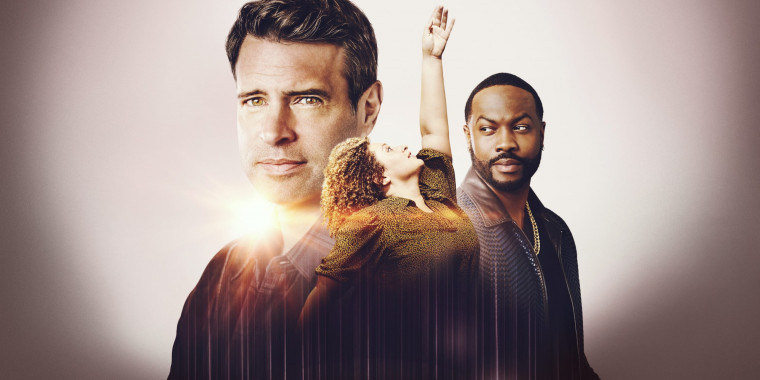 UPDATE (March 4, 2022): FOX has now confirmed our news of The Big Leap cancellation from last year.

The Big Leap will not see the other side at FOX.

The network has cancelled the musical comedy-drama one season into its run.

The Big Leap Season 2 is not moving forward at FOX in the wake of poor ratings and failure to secure a full-season order.

The Big Leap will conclude its first — and only — season after 11 episodes.

Adding more misery for fans of the show, The Big Leap Season 2 is not expected to resurrect on another network or platform.

About The Big Leap TV Show

THE BIG LEAP is a modern tale about second chances, chasing your dreams and taking back what's yours. From creator/executive producer Liz Heldens ("The Passage," "Friday Night Lights"), director/executive producer Jason Winer ("Modern Family") and executive producer Sue Naegle ("The Plot Against America"), the show revolves around a group of diverse, down-on-their-luck characters attempting to change their lives by participating in a potentially life-ruining reality dance show that builds to a live production of "Swan Lake." On the heels of his latest show failure and a stressful divorce, producer NICK BLACKBURN (Scott Foley, "Scandal") reluctantly signs on to produce "The Big Leap," a brand-new contest series filming in Motor City. The show, which brings together dancers from every age, background and body type, is the brainchild of aging dancer WAYNE FONTAINE (Kevin Daniels, "Modern Family"). With choreographer MONICA SULLIVAN (Mallory Jansen, "Galavant") on board to help Nick mount the production, he begins his search for not only the best dancers, but also the ones that could stir up the most drama. GABBY LEWIS (newcomer Simone Recasner), once dreamt of becoming a professional dancer, but her dreams were sidelined when she got pregnant right out of high school. In the midst of the monotony that is her 9-to-5 office job, she stumbles upon "The Big Leap," reigniting her passion for dance. Auditioning alongside Gabby is JUSTIN REYES (Raymond Cham Jr., "Five Points"), Gabby's former dance partner and high school boyfriend...that is, until he came out of the closet (to the surprise of no one, except Gabby). Their fellow contestants include REGGIE SADLER (Ser'Darius Blain, "Jumanji: Welcome to the Jungle"), a famous pro football champ whom Nick believes could give the show the star power and controversy it needs to break through; BRITTNEY LOVEWELL (Anna Grace Barlow, "The Goldbergs"), a born-and-bred hyper-competitive ballroom dancer paired with her twin brother; unemployed autoworker MIKE DEVRIES (Jon Rudnitsky, "Catch-22"), whose gradual unraveling recently led his wife, to leave him; PAULA CLARK (Piper Perabo, "Covert Affairs," "Coyote Ugly"), a high-powered corporate executive; and former ballerina JULIA PERKINS (Teri Polo, "Meet the Parents" franchise), now a social-media-obsessed mom who focuses more on her Instagram than on her teenage girls or husband; Inspired by a U.K. reality format, THE BIG LEAP is an innovative show-within-a-show that takes viewers on a journey of self-acceptance, body-positivity and empowerment at any age.

How do you feel about this latest The Big Leap news? Share your thoughts with us in the comments below and don’t forget to stay tuned for all the renew/cancel 2021-2022 and beyond news!