Home | Cancellations & Renewals | The Big Interview with Dan Rather Renewed For Season 9 By AXS TV! 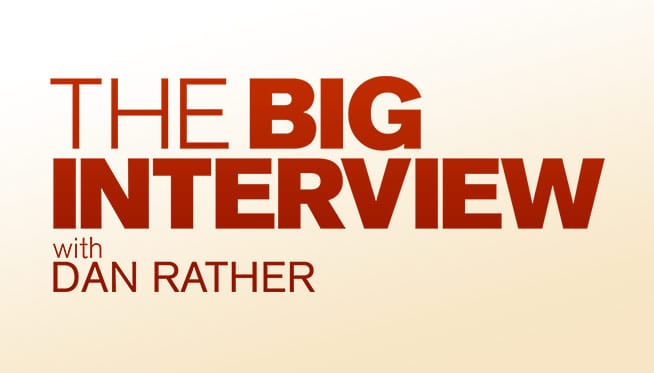 About The Big Interview With Dan Rather TV Show

AXS TV's popular celebrity profile series The Big Interview With Dan Rather returns for its ninth season, premiering Wednesday, April 14 at 8 p.m. ET/5 p.m. PT. Season nine presents six all-new episodes featuring a diverse slate of artists and entertainers, with a special focus on musical families. Each episode was filmed remotely due to the pandemic, utilizing both Zoom and in-person camera teams, and puts the spotlight on candid conversations with entertainment icons and influencers as they open up about their legendary lives and acclaimed careers.

The season kicks off on April 14 with Hillary Scott of the chart-topping Country band Lady A and her husband, drummer Chris Tyrrell. The couple reflects on their 10-year-relationship (which was the inspiration behind the group's smash hit "Just A Kiss"), the band's decision to change their name, and raising their three daughters. Other season nine highlights include hip-hop trailblazer Adam "Ad-Rock" Horovitz of the influential New York trio Beastie Boys and his wife Kathleen Hanna, frontwoman of Bikini Kill and the punk rock pioneer who helped give life to the Riot Grrrl Movement (Apr. 21); and Creedence Clearwater Revival founder John Fogerty and his children, Shane, Tyler, and Kelsy, who banded together last year to perform CCR favorites and other hits for a new family album Fogerty's Factory (Apr. 28).

The season continues on May 5 with GRAMMY(R)-winner Jason Isbell - who achieved success both as a member of the Drive-By Truckers and as a solo artist - and his wife Amanda Shires, GRAMMY(R)-winning singer, songwriter and violinist who has collaborated with some of the music industry's biggest names. Then, Rather welcomes hit-making rap superstar Lil Jon to the show, joined by his son Slade, the highly in-demand DJ who is putting his own spin on the club scene (May 12). Season nine comes to a close with a pair of GRAMMY(R)-winning rockers, as soulful songstress Michelle Branch and her multi-talented husband Patrick Carney, of The Black Keys, sit down to discuss their lives and careers.

"It is a privilege and a pleasure to bring The Big Interview back for a ninth season," Rather said. "Again this season we're trying to be the best regularly scheduled interview series on television. Whether we succeed or not the audience will decide. But we're always trying. Doing this new slate of episodes was particularly interesting to me, as we got to explore the relationships inside musical families - from fathers and children, to husbands and wives. There are differences in generations and genre, but their passion for music and each other is deep, thought-provoking - and yes, sometimes inspiring. I look forward to sharing these intimate sit-downs with our viewers when The Big Interview returns April 14."

The Big Interview With Dan Rather airs every Wednesday at 8 p.m. ET, with additional episodes from previous seasons available across all AXS TV digital platforms.

Wondering how your other AXS TV shows are doing? Check out the AXS TV 2021 TV scorecard page, where you can find the cancel/renew status of all AXS TV TV shows!

How do you feel about this latest The Big Interview With Dan Rather news? Share your thoughts with us in the comments below and don’t forget to stay tuned for all the renew/cancel 2021-2022 and beyond news!