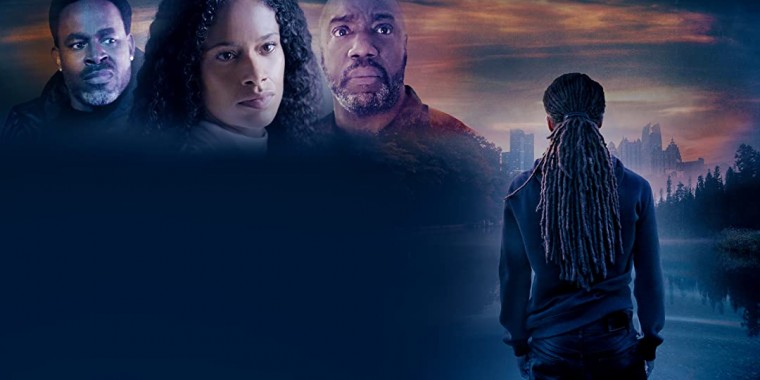 A traveling nurse adjusts to her new living arrangements while on assignment in Terror Lake Drive: Single Black Female. Written and created by Jerry LaMothe (Blackout) and Kajuana S. Marie, the second season of the ALLBLK original series brings a new unsuspecting tenant to the mystifying lakeside apartment complex that terrorized a mother and her young son in Season 1. Last year, Terror Lake Drive was the first series greenlit to go into production amidst the COVID-19 pandemic by SAG-AFTRA and the state of Georgia - a significant feat that concluded with a successful production void of any major challenges or delays. Following a single mother from Baltimore who relocates to Atlanta in an attempt to escape her troubled past, the inaugural season starred Shannon Kane (The Originals), Malik Yoba (First Wives Club), Donielle T. Hansley Jr. (Charm City Kings), and Lamman Rucker (Greenleaf).

Terror Lake Drive: Single Black Female takes place two years after the chain of events that haunted the Freeman Lake Apartments in the first season. Deja, a traveling nurse who has recently completed an assignment in Austin, Texas announces her new assignment at the recently constructed Atlanta University Hospital - much to the dismay of her friends and colleagues. Amid her housing quest, she meets an awkwardly shy and eclectic Doula named Shana, who happens to be a nursing student at the university and is seeking a roommate - single Black female preferred. Oblivious to its checkered past, Deja makes herself at home with Shana at Freeman Lake... unknowingly becoming a target of the latest eerie coincidence to inhabit the troubled apartment complex.

"Since the release of the first season last November, fans have been continuously asking for a new season of Terror Lake Drive" said Brett Dismuke, general manager of ALLBLK & WEtv. "Jerry and Kajuana have created a series that keeps viewers at the edge of their seats with every psychological twist and suspenseful turn, and we're excited to share that Season 2 is on the way with even more mind-bending, jaw-dropping terror."

LaMothe added, "This is an exciting climate for filmmakers of color, and so I want to thank the network for bringing us back for another highly anticipated season. The opportunity to expand Terror Lake Drive's anthology storyline and see it come to fruition with the ALLBLK family is truly special. But above all, I owe a debt of gratitude to the fans who tuned in and were vocal about us exploring the TLD universe further. The people have spoken, and fans are in for quite a thrill this upcoming season."

The 7-episode second season will be directed by LaMothe, who also serves as executive producer alongside Marie, and Jumaane Ford under LaMothe's J. LaMothe Entertainment banner. Chris Bongirne and Samad Davis are tapped as producers with the deal negotiated by Albert Spevak.

LaMothe is repped by Evan Anglin and Michael McConnell at Zero Gravity Management.

Wondering how your other ALLBLK shows are doing? Check out the ALLBLK 2021 TV scorecard page, where you can find the cancel/renew status of all ALLBLK TV shows!

How do you feel about this latest Terror Lake Drive news? Share your thoughts with us in the comments below and don’t forget to stay tuned for all the renew/cancel 2021-2022 and beyond news!