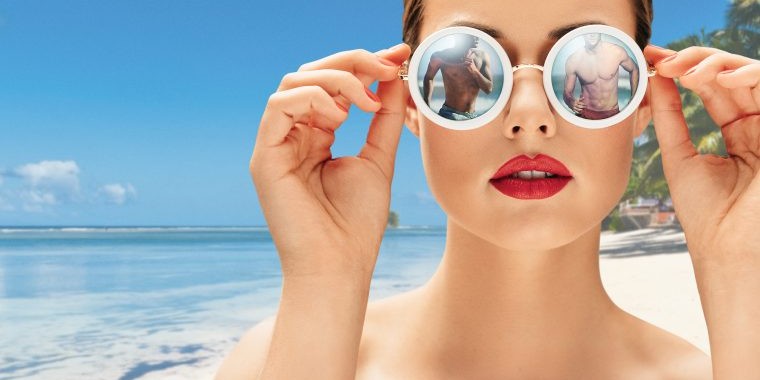 · Four new couples at a crossroads in their relationship head to Maui, Hawaii to put their love to the test. Joined by 24 sexy single men and women looking to find everlasting love, these couples must decide whether to commit to a lifetime together - or if they will ultimately give in to the temptation from the singles looking to find "the one."

Ashley and Lascelles have been dating for seven years and with no ring on her finger, Ashley is beginning to question why it's taking so long for their relationship to reach the next level. This pair is admittedly co-dependent and Lascelles seems willing to do anything to make Ashley happy, even at the at the expense of his own financial and emotional needs. On the island, Ashley is looking for self-growth while Lascelles hopes they both find some independence and Ashley learns to appreciate him more.

Iris and Luke met when she was dating one of his friends. Once she met Luke, however, she broke it off and has been with him ever since, but not without some hiccups. For the past four years, Luke is the only guy she has had eyes for, but now she wonders if he feels the same about her as she has caught him flirting with other girls. They both have jealousy issues that has led Luke to ask for a break not once, but twice. After being together for so long, they're definitely at a crossroads and hoping their time on Temptation Island will put them on the right path.

College sweethearts Edgar and Gillian met while attending Ball State University and have been together for four years. Gillian reveals Edgar swept her off her feet and she instantly fell in love with his old-school charm. They have both faced trust issues in their relationship and although they made it through their missteps, they haven't been able to shake the uncertainty about their future. Edgar and Gillian hope Temptation Island will decide if they are meant to be together outside the safety of their college bubble.

Ash and Hania have been together for 1½ years. Although they initially met through mutual friends and Hania tried to "slide into her DMs," Ash never responded until they matched on a dating app. They instantly fell for each other and spent over 12 hours on the first date talking about their lives. They're both extremely passionate in their love life and haven't been able to keep their hands off each other. However, Ash is moving to Brooklyn later this summer for her career and they're unsure if their relationship can weather the distance. Ash and Hania hope that if they can explore the boundaries and vulnerabilities of Temptation Island before moving apart, then they can truly reveal if this relationship is meant to be.

How do you feel about this latest Temptation Island news? Share your thoughts with us in the comments below and don’t forget to stay tuned for all the renew/cancel 2021-2022 and beyond news!