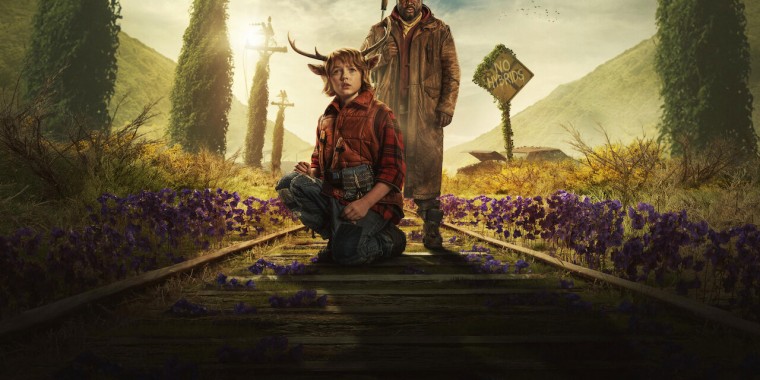 Sweet Tooth is officially coming back for Season 2!! pic.twitter.com/iVQ7QenxoF

HUMAN/ANIMAL HYBRIDS JOURNEY THROUGH A POST-APOCALYPTIC PARADISE IN "SWEET TOOTH," A NEW NETFLIX SERIES BASED ON CHARACTERS FROM DC

Sweet Tooth is the broad appeal, family-friendly, storybook adventure of Gus - part deer, part boy - who leaves his home in the forest to find the outside world ravaged by a cataclysmic event. He joins a ragtag family of humans and animal-children hybrids like himself in search of answers about this new world and the mystery behind his hybrid origins.

Executive Producer / Writer / Director / Co-Showrunner: Jim Mickle (Hap and Leonard, In the Shadow of the Moon, Cold In July)

Based on characters created for DC by Jeff Lemire

Based on the beloved DC Comic, and Executive Produced by Susan Downey & Robert Downey Jr., Sweet Tooth is a post-apocalyptic fairytale about a hybrid deer-boy and a wandering loner who embark on an extraordinary adventure. All episodes of Sweet Tooth premiere on June 4, 2021, only on Netflix.

How do you feel about this latest Sweet Tooth news? Share your thoughts with us in the comments below and don’t forget to stay tuned for all the renew/cancel 2021-2022 and beyond news!