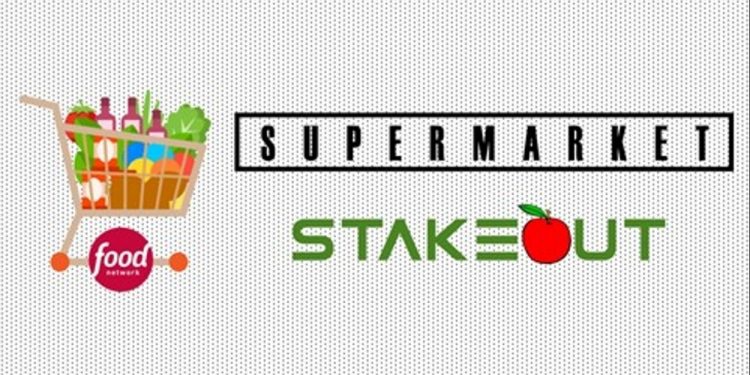 “SUPERMARKET STAKEOUT” RETURNS WITH BRAND-NEW SEASON OF FAST-PACED OUTDOOR COOKING BATTLES WHERE LUCK, NEGOTIATION AND COOKING SKILLS ARE THE INGREDIENTS TO WIN

New York – November 20, 2020 – Food Network’s hit primetime series Supermarket Stakeout, where the action starts as customers exit the aisles, is back with a brand-new season of fresh fast-paced outdoor cooking battles on Tuesday, December 29th at 10pm ET/PT. Hosted by Iron Chef and Chopped judge Alex Guarnaschelli, each episode features four talented chefs who must be strategic and persuasive in negotiating items out of exiting customers’ carts with a budget of only $500 and then turn those ingredients into culinary magic in a pop-up kitchen setup. A rotating panel of judges, including Eddie Jackson, Antonia LoFaso and Aarti Sequeira, determine each week which chef made the most successful menu and is awarded enough cash for a year’s worth of groceries.

“Our viewers have been craving more Supermarket Stakeout and this new season delivers all the fun game play and culinary action the show is known for,” said Courtney White, President, Food Network. “With Alex at the helm, there are laugh-out-loud moments and unexpected results in each episode.”

Before the new season premieres on December 29th, viewers can watch Alex take on some of the toughest carts from prior seasons in Supermarket Stakeout: What Would Alex Make? on Tuesdays at 10pm. In each episode, she unpacks the toughest bag from round one and then creates a dish in real time. Then Alex blindly picks between two bags from the final round and makes her own dish using only the ingredients she ends up with.

A rotating panel of judges, which this season includes Scott Conant, Giada De Laurentiis, Bobby Flay and Molly Yeh, ultimately determine each week which competitor made the most successful menu and is awarded enough cash for a year's worth of groceries. "Supermarket Stakeout quickly become a must-watch for our viewers in its first season and we are so excited to deliver another season this soon," said Courtney White, President, Food Network. "You never really know what you are going to get in each episode - personality, luck and cooking all play a part, so each week's battle is filled with edge-of-your-seat unexpected results." Set in pop-up kitchens outside local supermarkets, each episode begins with host Alex Guarnaschelli giving the four chef contestants $500 apiece - their whole budget to buy ingredients for the three-round cooking competition. In round one, the chefs can purchase ingredients only by blindly ambushing customers outside the store and negotiating for their grocery bags without knowing the contents. In round two, competitors can only purchase groceries from a single shopper, but may look through the bags before negotiating the price. In the final round, competitors may purchase five ingredients total, but can approach as many shoppers as it takes to get what they need. After each themed cooking round, the least successful chef is eliminated, leaving two competitors going head-to-head in the final round, vying for a cash prize.

How do you feel about this latest Supermarket Stakeout news? Share your thoughts with us in the comments below and don’t forget to stay tuned for all the renew/cancel 2021-2022 and beyond news!