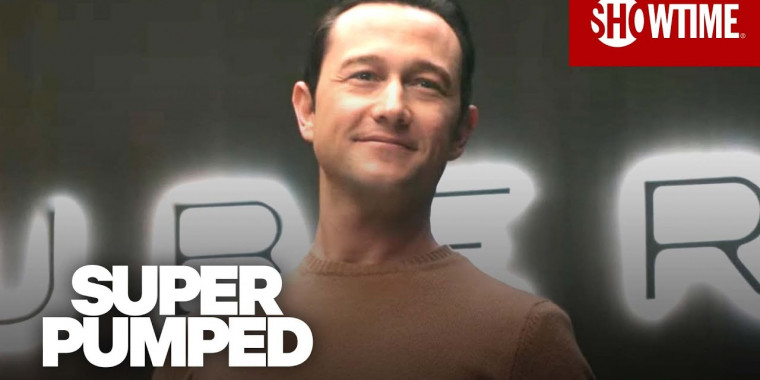 The second season renewal comes ahead of the February 27 series premiere of Super Pumped: The Battle for Uber, based on Mike Isaac’s bestselling book.

Super Pumped Season 2 will center on the rise of Facebook and will launch in 2023.

SUPER PUMPED: THE BATTLE FOR UBER To Premiere on Sunday, February 27 on SHOWTIME

SHOWTIME has renewed the new anthology series SUPER PUMPED for a second season, to be based on Mike Isaac's next book, a deep dive into Facebook's transition from groundbreaking startup to the power it has become. The new season will focus on the relationship at the center of that metamorphosis - between Sheryl Sandberg and Mark Zuckerberg - and the world-changing forces unleashed, intentionally and unintentionally, as a result. The second season pickup comes ahead of the premiere of the first installment SUPER PUMPED: THE BATTLE FOR UBER, based on Isaac's bestselling book, which is set to debut on Sunday, February 27 at 10 p.m. ET/PT. Each season of the SUPER PUMPED anthology series, featuring an entirely new cast of actors, will explore a story that rocked the business world to its core and changed culture. As in season one, Brian Koppelman and David Levien (BILLIONS, Rounders) and Beth Schacter (BILLIONS) will executive produce, write and serve as showrunners on the series. Paul Schiff will also serve as executive producer. The anthology series is produced by SHOWTIME and is part of Koppelman and Levien's overall deal with the network.

The first installment, starring Emmy(R) winner Joseph Gordon-Levitt (The Trial of the Chicago 7), Emmy winner Kyle Chandler (Bloodline, Friday Night Lights) and Oscar(R) and Emmy nominee Uma Thurman (Kill Bill, Pulp Fiction), SUPER PUMPED:THE BATTLE FOR UBER tells the story of one of Silicon Valley's most successful and most destructive unicorns, Uber. The season pivots on Travis Kalanick (Gordon-Levitt), Uber's hard-charging CEO who was ultimately ousted in a boardroom coup, and his sometimes tumultuous relationship with his mentor Bill Gurley (Chandler), the plainspoken, brilliant Texan venture capitalist who bets his sterling reputation on Uber's success - and then has to live with the consequences. Thurman stars as Arianna Huffington, the savvy businesswoman and co-founder of The Huffington Post, who was an Uber board member. The SHOWTIME series will depict the roller-coaster ride of the upstart transportation company, embodying the highs and lows of Silicon Valley. Even amid the radical upheaval generated within the global tech capital, Uber stands out as both a marvel and a cautionary tale, featuring internal and external battles that ripple with unpredictable consequences. Academy Award(R) nominee Elisabeth Shue (Leaving Las Vegas), Kerry Bishé (Halt and Catch Fire, PENNY DREADFUL(R): CITY OF ANGELS), Jon Bass (Miracle Workers), Bridget Gao Hollitt (Home and Away) and Babak Tafti (Succession) also star. In addition to Koppelman, Levien and Schacter, Paul Schiff, Stephen Schiff and Allyce Ozarski also executive produce the first installment.

How do you feel about this latest Super Pumped news? Share your thoughts with us in the comments below and don’t forget to stay tuned for all the renew/cancel 2021-2022 and beyond news!